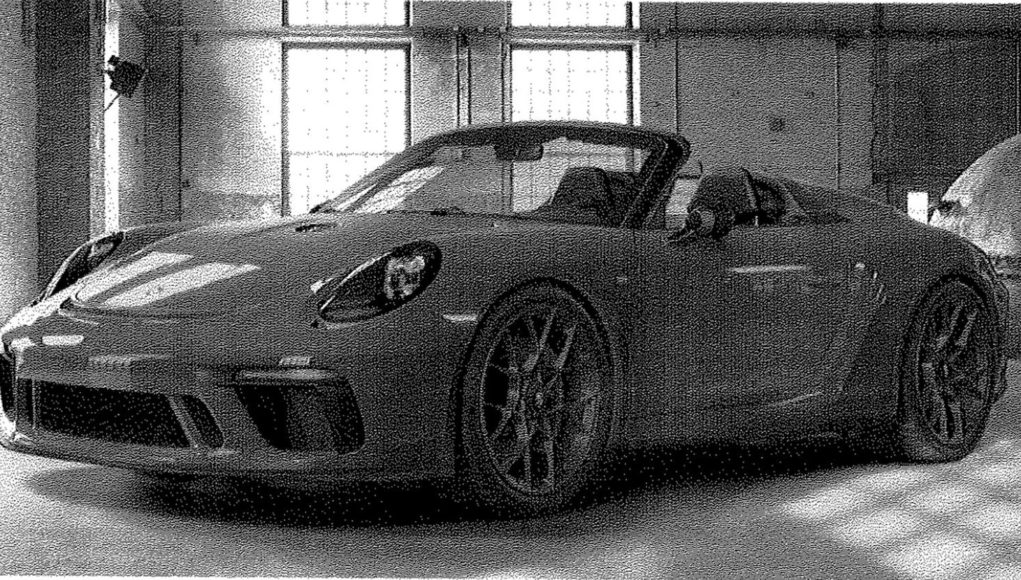 Last year Porsche pretty much confirmed a new 911 Speedster when it unveiled a thinly disguised concept version and next week we’ll get to see it at the New York Auto Show. Porsche has reportedly notified customers that it will reveal the new 911 Speedster next week and even sent out a teaser photo.

A source sent a copy of the invitation to CarBuzz, that Porsche has sent out to customers. The invitation invites some lucky customers to a special charity cocktail party on April 18 “for the unveiling of the new 911 Speedster.” That means that the 911 Speedster will likely debut just before the cocktail party during the press days portion of the New York Auto Show on April 16 and 17.

If you’re hoping to get one, it’s going to be hard, since Porsche only plans to build 1,948 911 Speedsters. We also know that it will be powered by the same 4.0L naturally-aspirated six-cylinder as the GT3.