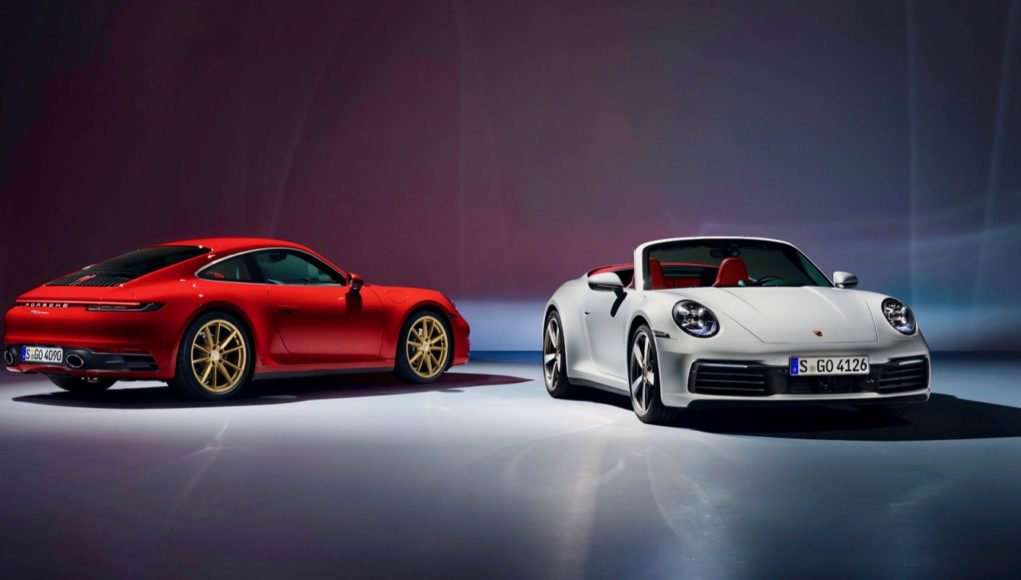 Late last year Porsche pulled the covers off the 2020 Porsche 911 at the LA Auto Show, but it only revealed the S and 4S models. Now Porsche has unveiled the base 2020 Porsche 911, which arrives with 379 horsepower.

The 2020 Porsche 911 Carrera Coupe and Carrera Cabriolet are powered by a 3.0L twin-turbocharged flat-six engine that generates 379 horsepower and 331 lb-ft. of torque. As of right now the only transmission option is an eight-speed dual-clutch transmission, but a manual will likely be added later.

You’ll have a hard time telling the difference between the base 911 and the 911 S, since the only big visual differences are different tailpipes.