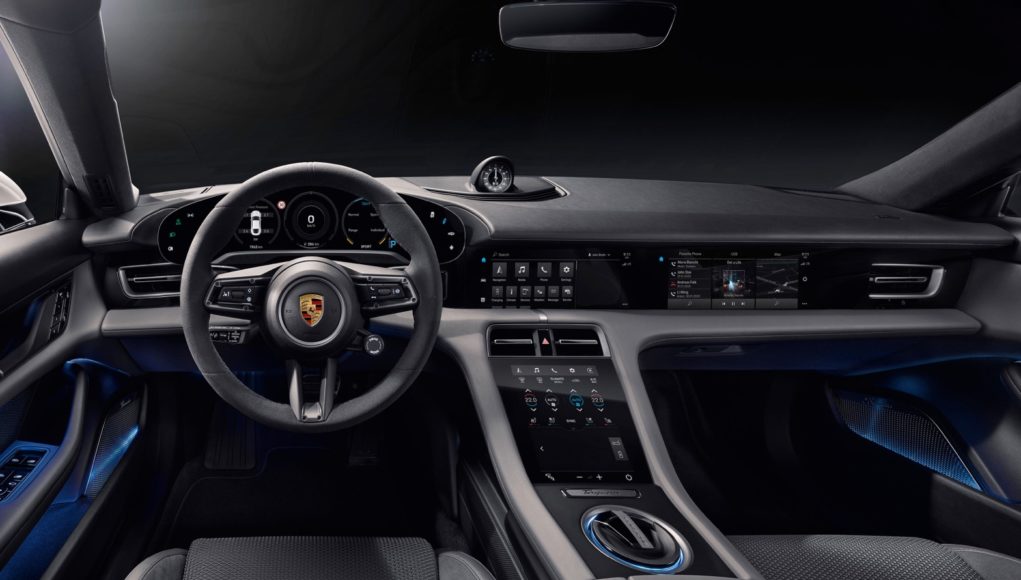 Porsche isn’t quite ready to fully reveal the electric Porsche Taycan, but instead Porsche has just released the first photos of its interior. Porsche says that the Taycan’s interior is inspired by the 1963 Porsche 911.

Buyers will also be able to choose from two different steering wheels. The standard steering wheel can be customized with colored inserts, while the GT sports steering wheel features visible screw heads and a round mode switch to select the various driving modes.

In the center of the dashboard, there’s a large 10.9-inch infotainment display. In front of the passenger there’s also another optional display. The center console also features a 5.9-inch touch control panel if the four-zone climate control system is ordered.

Porsche will officially reveal the Taycan next month.