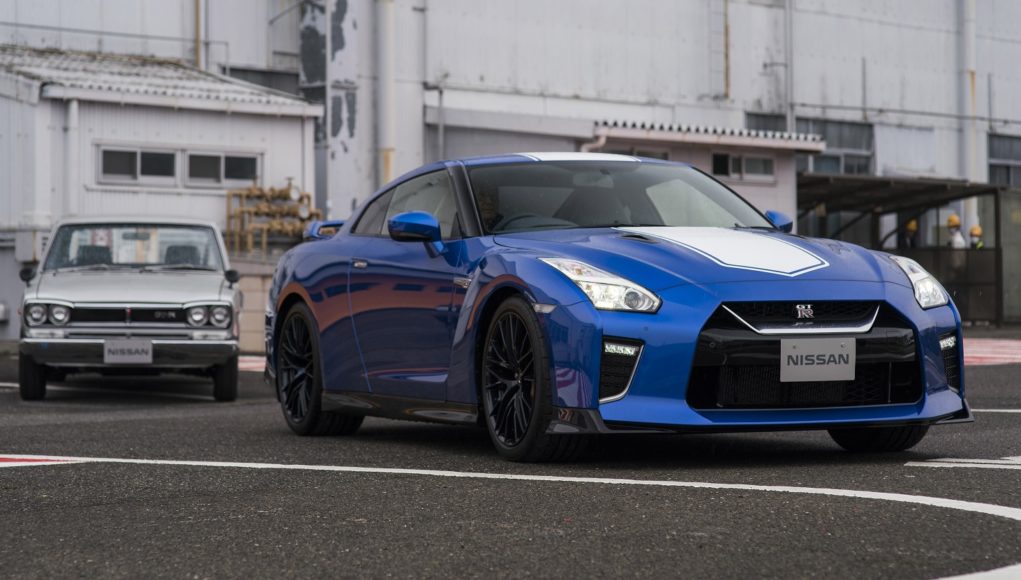 Just like the 370Z, the Nissan GT-R 50th Anniversary Edition is painted in unique livery that is inspired by the past. The special GT-R will come in three two-tone exterior color combinations that are inspired by the GT-R’s liveries from the Japan GP series. The most special livery is the Bayside (Wangan) Blue, which hasn’t been used since the GT-R “R34” model. It also features white stripes and blue accents on the wheel spokes. The other two color options are Pearl White with red stripes or Super Silver with white stripes.

“The Nissan GT-R has been the icon of our company’s driving performance for the past half century,” said Shinichiro Irie, program design director for the GT-R. “We were highly motivated to ensure that the GT-R 50th Anniversary Edition stands out. While the exterior and interior changes may seem subtle at first glance, they’re still impactful, especially with the new paint schemes, keeping the car’s lines and overall presence modern and edgy.”