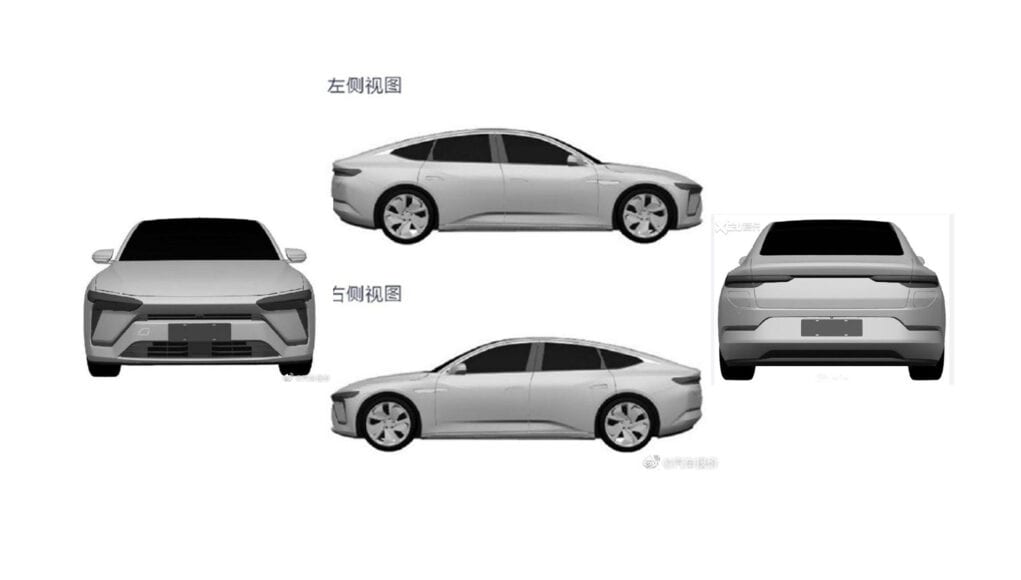 NIO is scheduled to unveil its first sedan on Saturday, January 9, but here’s your first look at the electric sedan. Patent images of the Nio ET7 sedan have leaked online.

CarNewsChina.com posted the photos of the electric sedan, the ET7 on its Facebook page today. As we expected the ET7is the production version of the ET Preview concept that was unveiled in 2020.

We don’t have the official specs yet, but according to CarNewsChina.com, the Nio ET7 will have a 150-kWh nickel-cobalt-manganese battery pack that will give it 559 miles of range using the European NEDC test cycle. As of today, NIO has only confirmed that it will have the 150-kWh battery pack.

The NEDC spec will be higher than what the sedan would be rated by the EPA, since that test cycle tends to be more generous with the range estimates. With that range, the Nio ET7 rivals the Lucid Air with its 517 mile range and the Tesla Model S Plaid with its 520 mile range.

It’s also rumored that the ET7 will have Level 4 autonomous driving capability, which means that it will be able to drive on its own in most driving conditions.