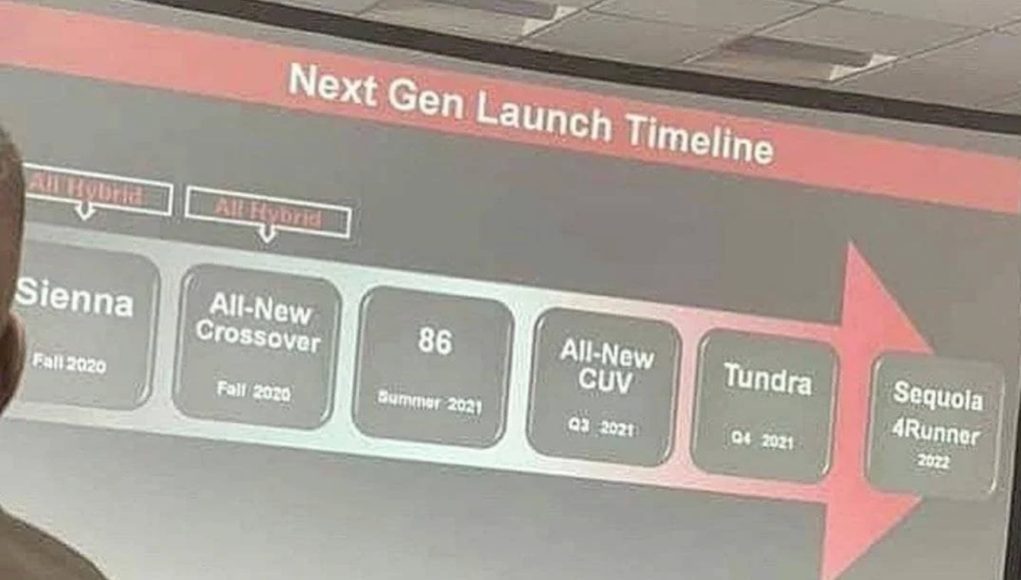 Toyota has already confirmed that it’s working on the next-generation Toyota 86, but we didn’t have a timeframe for its release, until now. A leaked slide from a Toyota presentation reveals that the next-generation 86 is going to be released in summer 2021. It will also reportedly be called the GR 86.

A photo from the presentation was posted on the forum GR86.org, which not only reveals the timing for the new 86, but a few other Toyota models. The first is the 2021 Sienna, which is coming this fall. If you look closely at the slide, the “all hybrid” box above it shows that the next-generation Sienna will come exclusively with a hybrid powertrain.

Also this fall a new crossover is coming with a hybrid powertrain. There have been rumors that it may revive the Venza name, so we’ll have to wait and see. After the 86 arrives next summer, likely as a 2022 model, Toyota is also planning another crossover that will debut in the third quarter of 2021. By the end of 2021, we’ll have a new Tundra and then in 2022 a new Sequoia and 4Runner, which will likely be 2023 models.