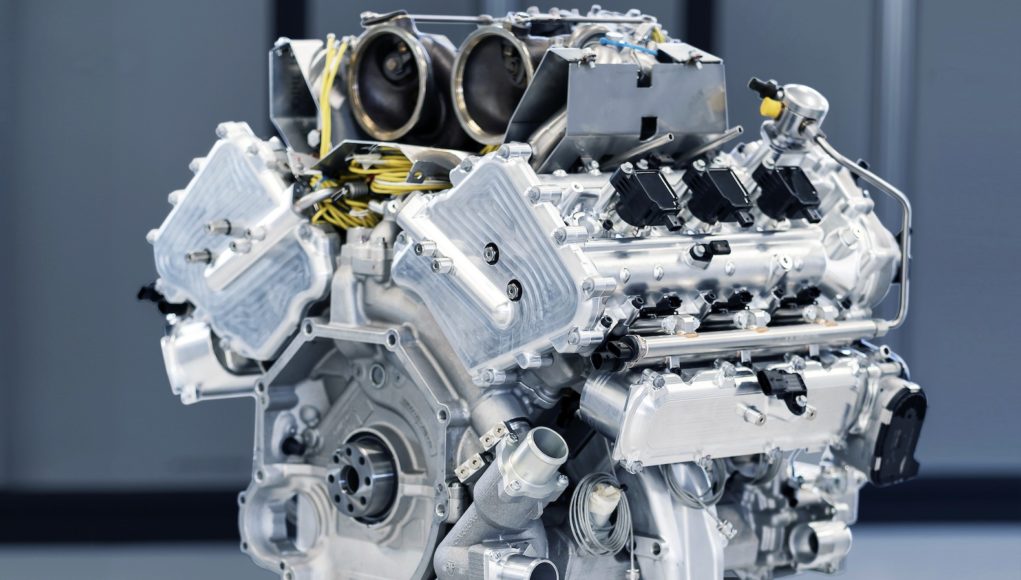 Aston Martin has announced the details about a new in-house designed V6 hybrid engine, which will be the the heart of the Valhalla mid-engined supercar, which is coming in 2022.

The engine, codenamed TM01 is the Aston Martin’s first in-house designed engine since 1968 and pays tribute to Aston Martin’s noted engineer of the 50s and 60s, Tadek Marek.

The 3.0-liter turbocharged V6 will be mated to a range of hybrid systems, which will enable it to be the most powerful engine in the brand’s lineup. Aston Martin hasn’t announced how much power it will generate, but it will have more than DBS Superleggera’s 715 horsepower.

The V6 also features a dry sump system to give it a low center of gravity, a “hot V” structure and weighs less than 440 pounds.

“Investing in your own powertrains is a tall order, but our team have risen to the challenge. Moving forward, this power unit will be integral to a lot of what we do and the first signs of what this engine will achieve are incredibly promising,” stated Andy Palmer, Aston Martin President and Group CEO.