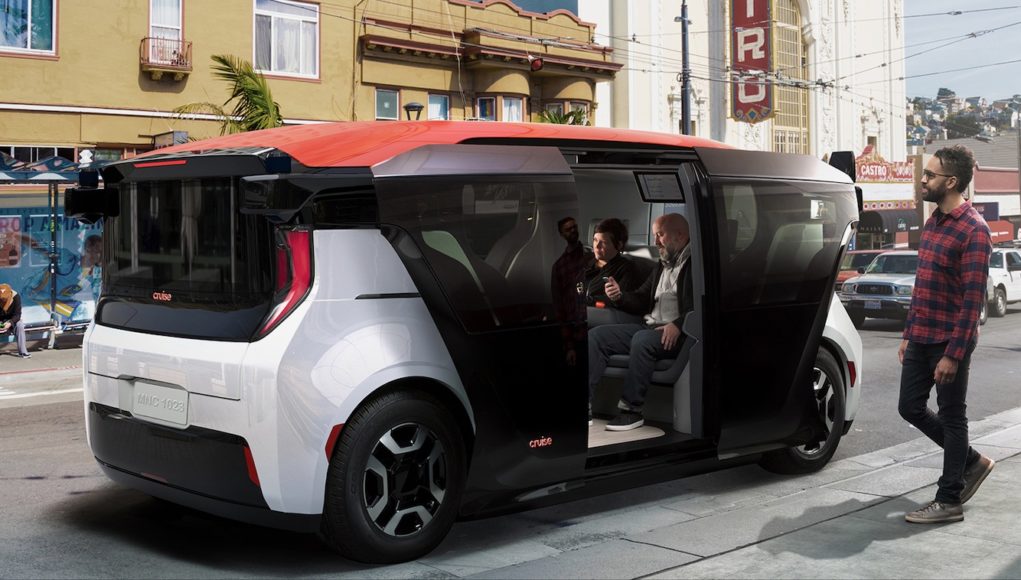 We’e already seen several of Cruise’s Chevy Bolt self-driving prototypes, but now the General Motors subsidiary is taking the concept of a self driving vehicle even further with the debut of the new Cruise Origin.

The Origin Cruise is the future of urban transportation, since it has no steering wheel, no pedals, and not even a driver. The Origin can be summoned via an app to pick up you and five of your friends. Since it’s basically a cube on wheels, the interior space has been maximized for up to six people with six seats that face each other.

The Origin is built on a new platform, but Cruise did not provide an details on the electric powertrain, which includes its driving range. Since it is built on a new modular platform, Cruise also says that Origin is very durable with a lifespan over 1,000,000 miles, which will keep costs low.

The good news is that the Cruise Origin is headed to production and we’ll see it on the roads in San Francisco soon.

You can now add your fingerprint to the Porsche 911