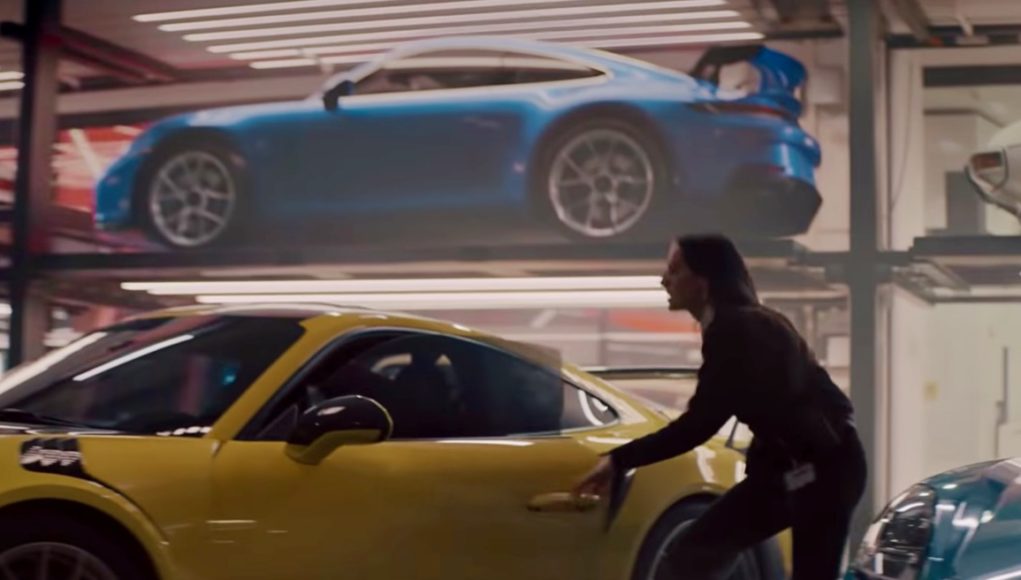 Porsche has released its special Super Bowl ad, “The Heist” which is going to air this weekend during the big game. The special ad not only features the Taycan electric car, but if you look closely there’s a surprise about halfway through the ad – the 992-generation 911 GT3 makes an appearance.

Around the 43 second mark if you look closely you’ll see a light blue 992-generation 911 sitting in the background. What’s so special about this 911, well it features a big rear wing, which is a staple with the GT3.

We don’t know yet when the new 911 GT3 is going to debut, but it’s expected to debut at some point this year after the new 911 Turbo and Turbo S models hit the stage.