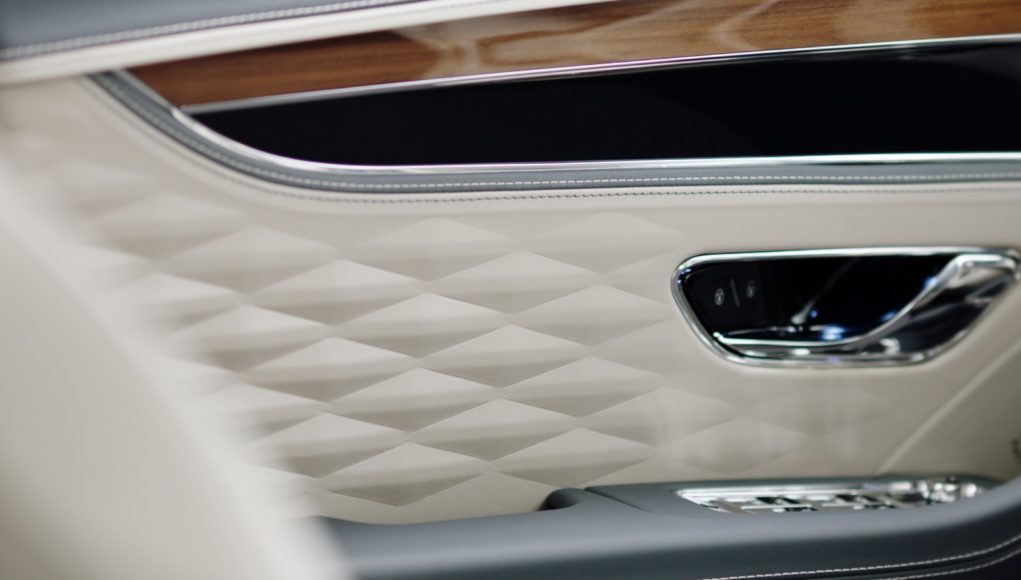 Bentley has released the first teaser of the all-new Flying Spur. While Bentley hasn’t given us any clues to the what the new Flying Spur will look like, today’s teaser previews its interior.

Specifically this first teaser gives us an early look at its three dimensional diamond leather wrapped interior. The new leather upholstery was developed by Bentley’s craftsmen and women in Crewe, England and its just one of the new advanced features and technologies that will debut with the third-generation Flying Spur.

Bentley also says that the new Flying Spur “pushes the boundaries of both technology and craftsmanship to deliver segment-defining levels of performance and refinement.”

Bentley hasn’t announced when it will reveal the new Flying Spur.