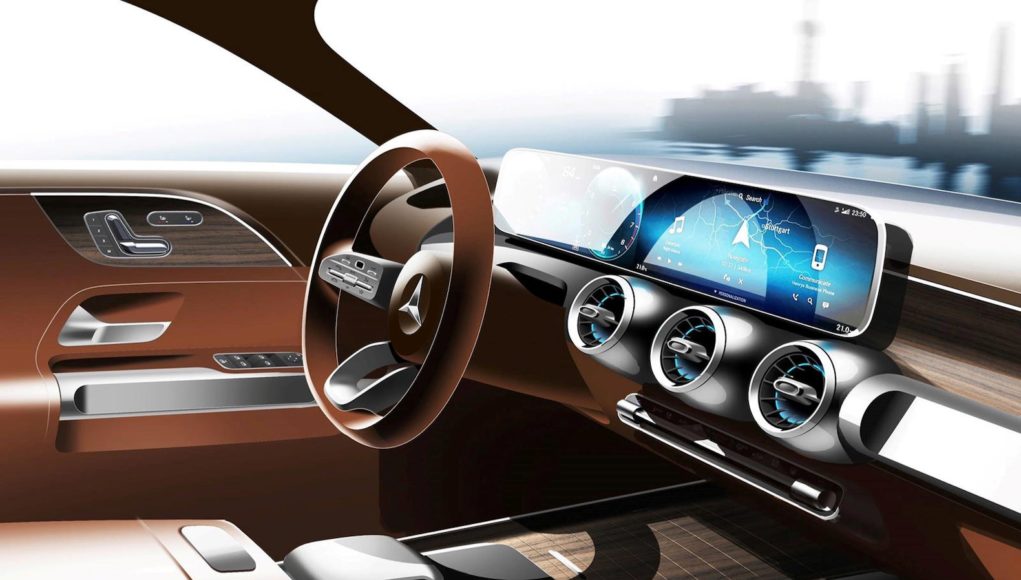 Mercedes-Benz has released the first teaser of the Concept GLB, which is going to debut this month at the Shanghai Motor Show. If you’re not sure what the Concept GLB is, it’s a concept version of the brand’s upcoming “baby G-Class.”

When the GLB arrives, it will slot in between the GLA and GLC in Mercedes’ SUV lineup. Since it has been dubbed the “baby G-Class” it’s expected that it will feature boxier and more rugged styling than the GLA and GLC.

This single teaser of the Concept GLB’s interior shows off a dual screen set up that’s similar to the A-Class and CLA models. Since the GLB will feature a boxier shape than the GLA, we can expect it to offer a bit more interior space.