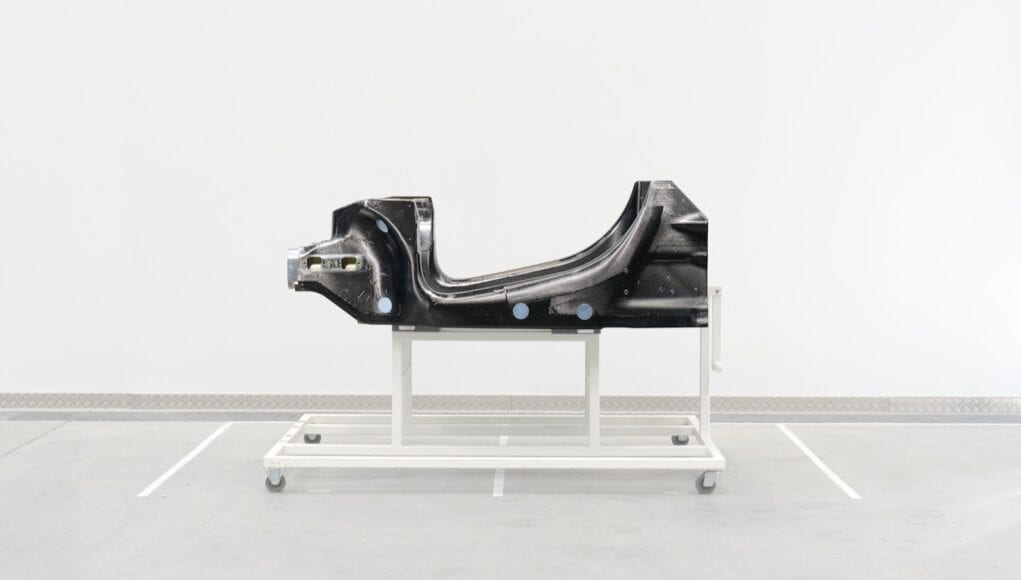 Today McLaren has revealed its new flexible, lightweight vehicle architecture, which will be used by its upcoming hybrid supercars. The new architecture has been designed specifically for its next-generation of electrified models.

The highlight is a new carbon-fiber monocoque structure for the passenger cell, which is often called a “tub” with aluminum subframes attached to it. McLaren’s new tub is more flexible and lighter than the MonoCell that it replaces.

“The new ground-breaking vehicle architecture is every bit as revolutionary as the MonoCell chassis we introduced with the company’s first car, the 12C, when we first embarked on making production vehicles a decade ago,” stated McLaren CEO Mike Flewitt.

The first model based on the new architecture will arrive in 2021, but McLaren hasn’t released any details about the new hybrid supercar. Although it’s expected to be the first vehicle from the next-generation Sports Series range.

“Our advanced expertise in light weight composites processes and manufacturing combined with our experience in cutting-edge battery technology and high-performance hybrid propulsion systems means we are ideally placed to deliver to customers levels of electrified high-performance motoring that until now have simply been unattainable.”