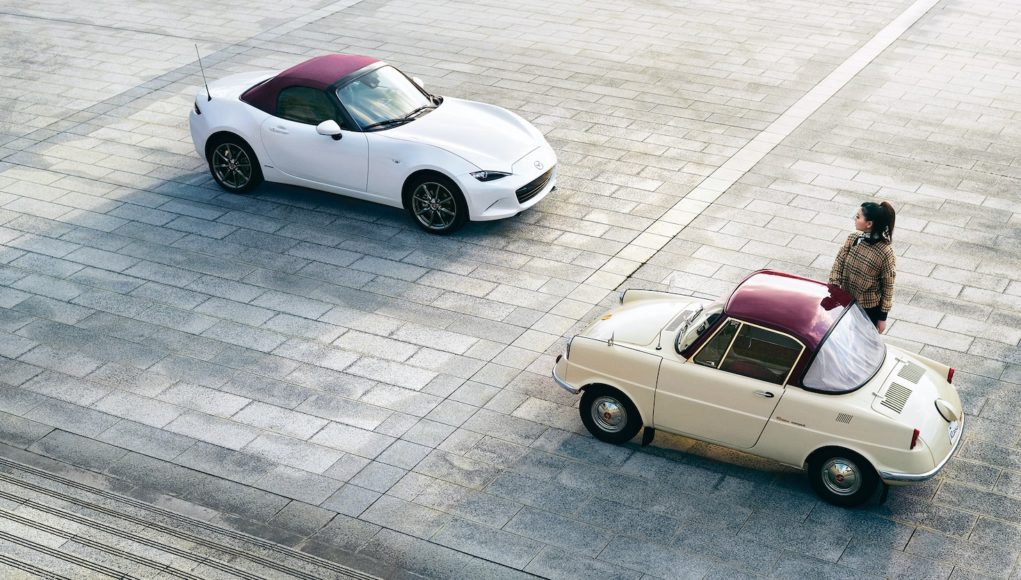 Mazda has announced that the 100th Anniversary Special Edition Mazda MX-5 Miata is on its way to the United States with a price tag starting at $32,670.

Inside the red theme continues with red leather seats and red carpet that’s inspired by the two-tone R360 Coupe, Mazda’s first passenger car. The headrests also are embossed with the 100th Anniversary Special Logo, while the red floor mats share the same badge as the front fender. Lastly the key fob is embossed with the 100th Anniversary Special Logo and presented in a special edition box.

Under the hood there’s the same 2.0-liter four-cylinder engine with 181 horsepower and 151 pound-feet of torque that’s mated to either a six-speed manual or six-speed automatic transmission.