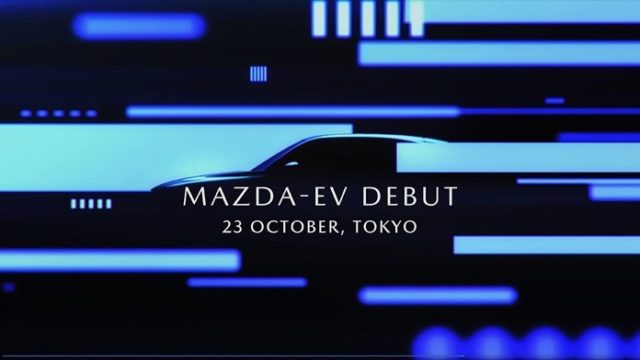 Mazda is going to unveil its first electric car on October 23 at the 2019 Tokyo Motor Show. Up until now we haven’t known what Mazda’s new electric car will look like, but now Mazda has released the first teaser of its exterior.

While the new teaser doesn’t reveal a lot, it does give us a preview of its profile. From what we can see it looks like Mazda’s first electric car will be some sort of crossover, with a coupe-like roofline. Mazda says that the design of its electric car, features a “Human Modern” design language, which expands on the brand’s Kodo’s design language.

“The overall form is uncompromisingly simple to emphasize the beauty of its solid mass, a coupe-like cabin achieves a lightweight look by adopting a unique door concept, and the front face bears a friendly expression.”