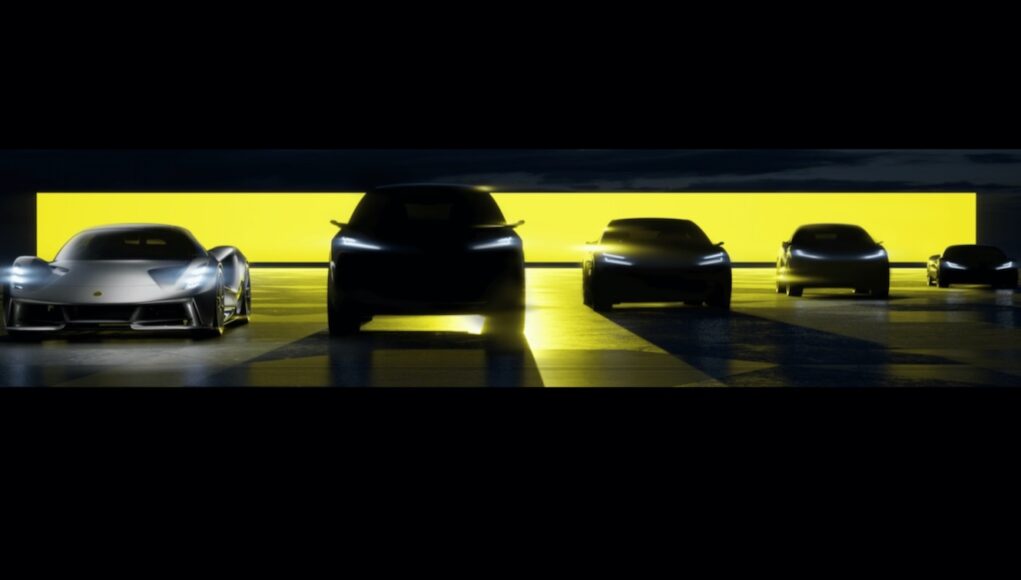 Lotus is getting ready to jump fully into the electric segment, since it has announced that it is working on four new electric vehicles that will arrive by 2026. The new models are part of the brand’s Vision80 strategy that outlines the transformation of Lotus ahead of its 80th birthday in 2028. The first will be an EV, codenamed Type 132 that will arrive in 2022.

Following the introduction of the E-Segment electric SUV next year, Lotus also plans to introduce an E-segment four-door coupe, Type 133, in 2023. A D-segment SUV, codenamed Type 134, will be introduced in 2025. Lastly a new electric sports car, called the Type 135 will arrive in 2026. The new models are in addition to the Evija all-electric hypercar and the Emira, which is the last gas powered Lotus.

The new SUV E-segment SUV will be built on the new Lotus Premium architecture, which is one of the four new vehicle platforms. Lotus says that the new platform can be used by a range of passenger vehicles from C+ to E segments, with 92-120 kWh batteries. Models based on this platform will also be able to accelerate from 0-62 mph in under three seconds.

“Transforming Lotus from a UK sports car company to a truly global performance car company has always been at the core of Vision80, stated Matt Windle, Managing Director, Lotus Cars. “The launch of Lotus Technology is a major milestone on the road to making that a reality, while adhering to the unwavering Lotus principles of pure performance, efficiency, motorsport success and, above all, being ‘For the Drivers’.”