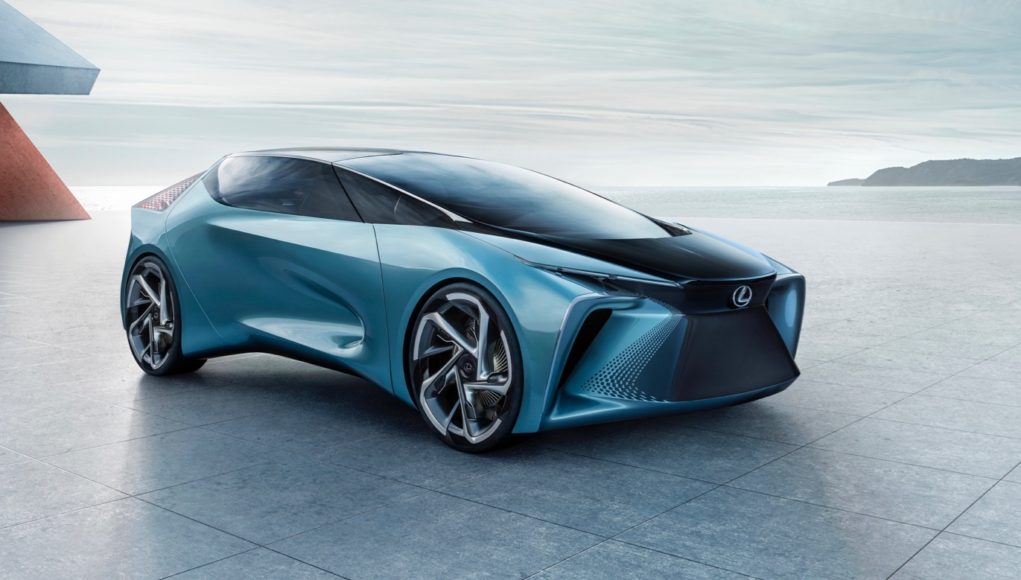 Lexus is reportedly going to reveal its first electric car next month, but it’s already looking far ahead into the future with the debut of the LF-30 concept, which was unveiled today at the Tokyo Motor Show.

The LF-30 concept is a preview of the brand’s future electrified models, which it has dubbed, the “Lexus Electrified” vision. Compared to the brand’s current lineup, the LF-30 features a bold exterior, while under the skin it’s powered by a four motor electric powertrain. It’s also packed with the autonomous driving technology.

The LF-30 features an electric motor in each wheel and a large battery in the concept’s floor, which can be recharged wirelessly. Inside the LF-30 concept is packed with sustainable materials, like Japanese cedar wood and fabric made of recycled fibers.

We’ll have to see how much of the LF-30’s design translates into the brand’s future electrified models, but either way the concept also shows how serious Lexus is now about electric vehicles. The brand has focused its attention on hybrids, since the RX 400h launched in 2005.

Chevy Bolt turns into the Buick Velite 7 in China