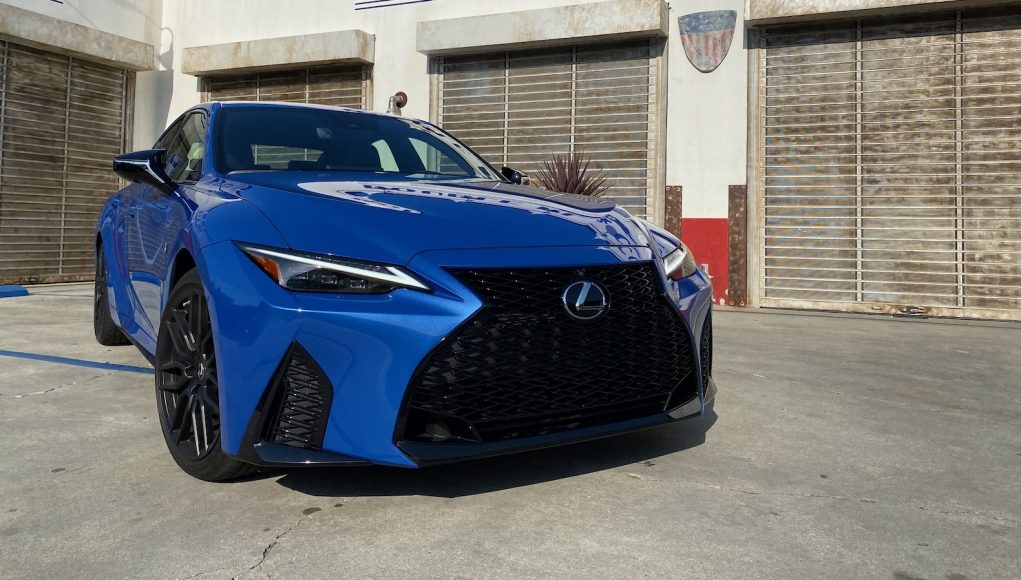 The BMW 3 Series continues to dominate the compact luxury sedan segment, although we’ve heard less about it lately due to the continued popularity of crossovers. Lexus obviously knows that the the compact sedan market is shrinking, but it’s not ready to throw in the towel in its fight to win over those buyers that still want a small sedan. For the 2021 model year Lexus has given the IS a big refresh, we say refresh here, since pretty much all of the changes are on the outside.

Does the redesign make the IS a better sports sedan? For the most part yes, but we do wish that Lexus made some bigger updates to its interior and under the hood.

On the outside the 2021 IS now looks more muscular thanks to its more sculpted body. From some angles the redesigned IS looks bolder and more athletic than the 3 Series, plus the Audi A4 and Mercedes-Benz C-Class. At the front the more distinct face with a larger grille, more aggressive bumper and cleaner headlights. From the side it looks more sculpted and at the rear there’s a new full-width light bar.

While the new IS looks even better on the outside, we can’t say the same for the inside. The 2021 IS’s interior carries over largely unchanged, which makes the IS feel dated from behind the wheel. The 10.3-inch touchscreen now sits on top of the dash, but its graphics look a few years old. We can’t wait until Lexus adds its new infotainment system across its lineup. The climate control settings also feel dated and there’s that touchpad for the infotainment system, which is not easier to use than just touching the touchscreen.

Moving past the dated interior, the IS has supportive front seats, which are heated and ventilated if you opt for the Comfort package. The seats are perfectly bolstered, as you would expect from a sports sedan. At the rear, the IS is a little more snug than its rivals with less legroom and headroom. For short trips your friends in the rear probably won’t complain much, but longer road trips might cause a bit more complaining.

Under the hood the IS 350 is powered by a naturally-aspirated 3.5-liter V6 with 311 horsepower and 280 pound-feet of torque, which is the same as the previous version. Since there’s no turbo, like some of its rivals, the IS 350 feels a bit underwhelming at lower rpms. The IS 350 can accelerate from 0-60 mph in 5.6 seconds.

The V6 is mated to an eight-speed automatic transmission, which does a good job of finding the best gear in most situations, although it can respond a bit slow during more spirited driving. The good news for buyers that need extra traction, the IS 350 is available with rear- or all-wheel drive.

On the road, the updates to the IS’s chassis improvements make it more fun to drive than before. The suspension keeps the IS planted to the road, making it a joy when the road gets a bit twisty. It’s steering is also perfectly weighted and direct.

The significant updates to the 2021 IS’s exterior make the IS look more athletic and muscular. It stands out against its German rivals, but we do wish that there were more updates to its interior and under the hood. At the end of the day the mid-cycle refresh helps keep it competitive, but we wish that Lexus took the IS’s redesign a bit further.