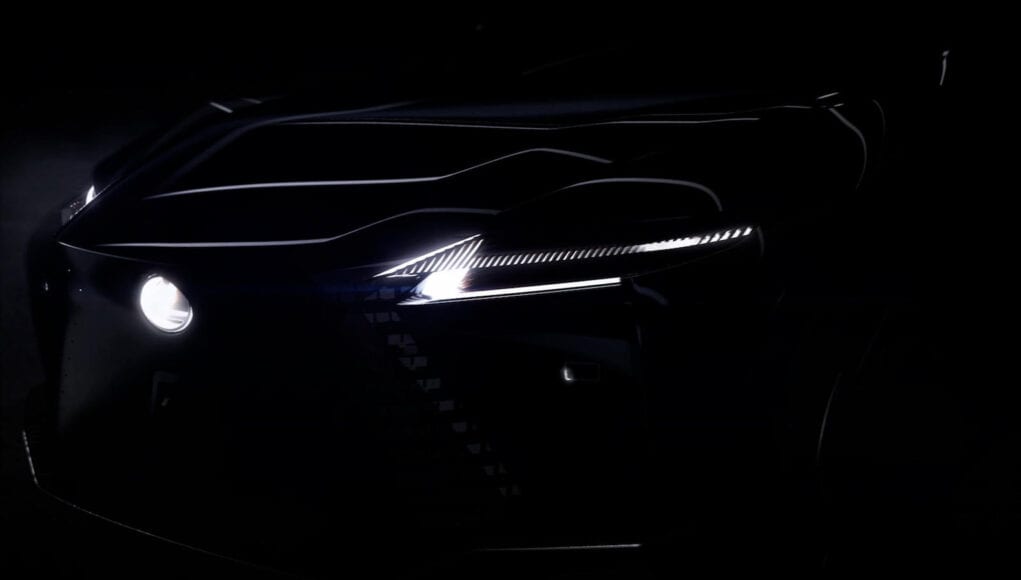 Lexus has yet to sell any electric or even a plug-in hybrid in the US, but it looks like that may change soon. Lexus has released a teaser of a new electric concept car that is going to debut early next year.

We don’t have an actual date when the new concept car will debut, but Lexus has released a teaser photo, which previews is face with its spindle grille and illuminated headlights. The spindle grille will differ from the rest of the Lexus lineup, since it doesn’t need to provide air for a combustion engine.

We’ll have to wait to see, but the new concept is likely a crossover.

Lexus has also announced a new Direct4 electric drive powertrain that will power the concept. The Direct 4-Wheel Drive Force Control system is designed for plug-in hybrids and EVs and can automatically adjust the torque sent to each wheel. In the new concept, the powertain will consist of two electric motors, one per each axle that will generate a combined 402 horsepower and 442 pound-feet of torque.