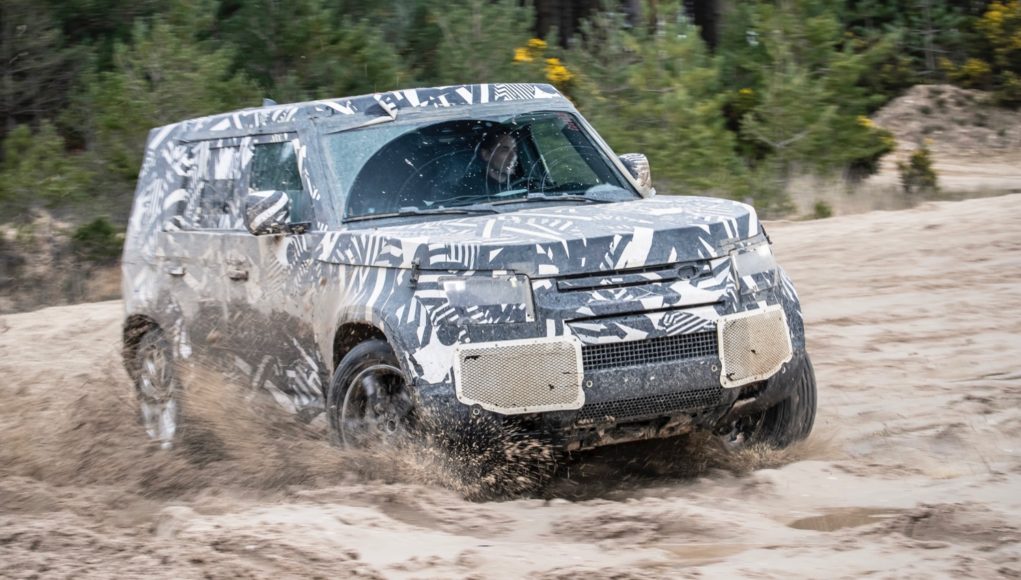 We’re getting closer to the debut of the 2020 Land Rover Defender, which is finally going to be revealed later this year. In the meantime Land Rover has released a whole new batch of teasers of the next-generation Land Rover Defender which is ready to complete its final phase of field testing with Tusk Trust, in Kenya.

The Defender prototype that’s headed to Kenya will tow heavy loads, wade through rivers and carry supplies across unforgiving terrain in a series of real-world trials. Land Rover says that by the time the new Defender is revealed, it will have passed more than 45,000 individual tests in some of the most extreme environments on earth.

“In addition to the extensive simulation and rig testing, we’ve driven new Defender 745,645 miles across all terrains and in extreme climates to ensure that it is the toughest and most capable Land Rover vehicle ever made,” stated Nick Rogers, Executive Director, Product Engineering, Jaguar Land Rover. “The incredible opportunity to put it to the test in the field, supporting operations at the Borana Conservancy in Kenya, with Tusk, will allow our engineers to verify that we are meeting this target as we enter the final phase of our development program.”

2020 Land Rover Defender is almost ready for its debut

The Red Cross takes the 2020 Land Rover Defender to Dubai

Jaguar Land Rover and BMW team up for EVs