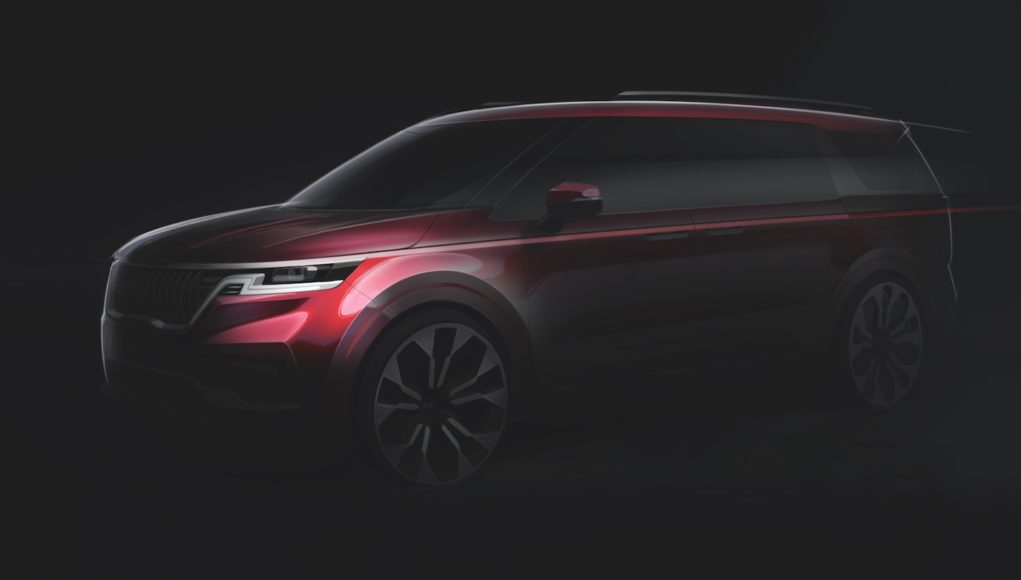 Even though they uber useful, the truth is that most buyers prefer an SUV over a minivan when it comes to buying a vehicle for the family. Luckily there still are a few minivans available, like the Chrysler Pacifica, Honda Odyssey and Toyota Sienna. Did you forget about the Kia Sedona? Well Kia has released the first teaser of the fourth-generation 2021 Sedona.

Since buyers have an aversion to the word “minivan” Kia has decided to dub the 2021 Sedona as a “Grand Utility Vehicle”. The single teaser photo shows that the new Sedona, which is known as the Carnival in other markets, will keep its body shape, but with some more modern touches.

The 2021 Kia Sedona is going to go on sale in the third quarter of this year in South Korea, but Kia hasn’t announced when it will be available in the US.