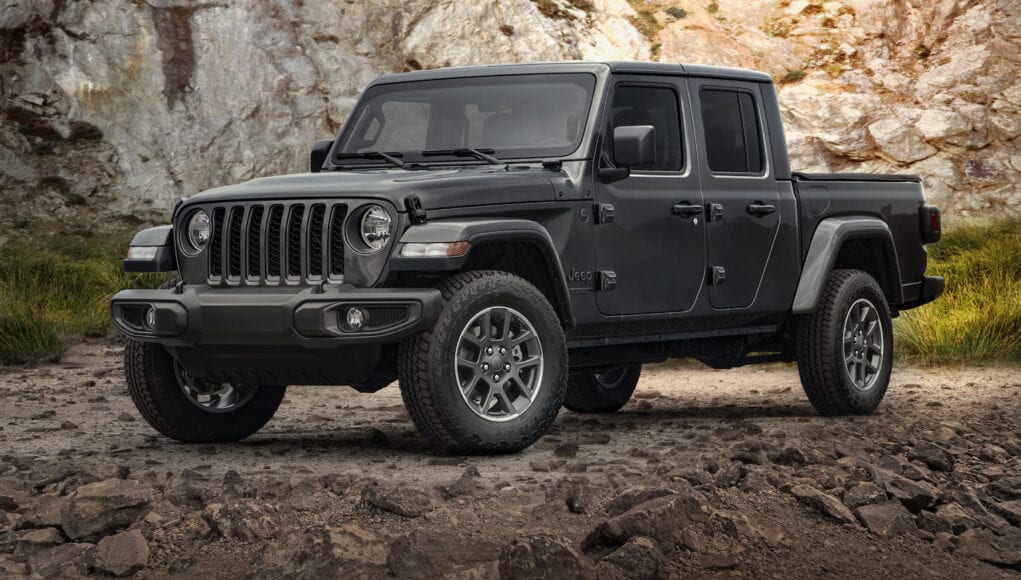 Jeep came to life in 1941 and to celebrate its 80th anniversary, Jeep has unveiled 80th Anniversary Editions of each of its models.

“After nearly 80 years, the Jeep brand remains true to the original SUV by continuing to deliver legendary 4×4 capability that has enabled countless adventures and open-air freedom,” said Jim Morrison, Head of Jeep Brand – FCA North America. “As we celebrate our 80th anniversary, we’re pleased to provide our customers with 80th Anniversary models that offer a unique appearance, great value and loads of safety and technology features.”

Each model gets 18-, 19-, or 20-inch Granite Crystal wheels and special 80th Anniversary badges.

The 80th Anniversary models will arrive in the fourth quarter of 2020.