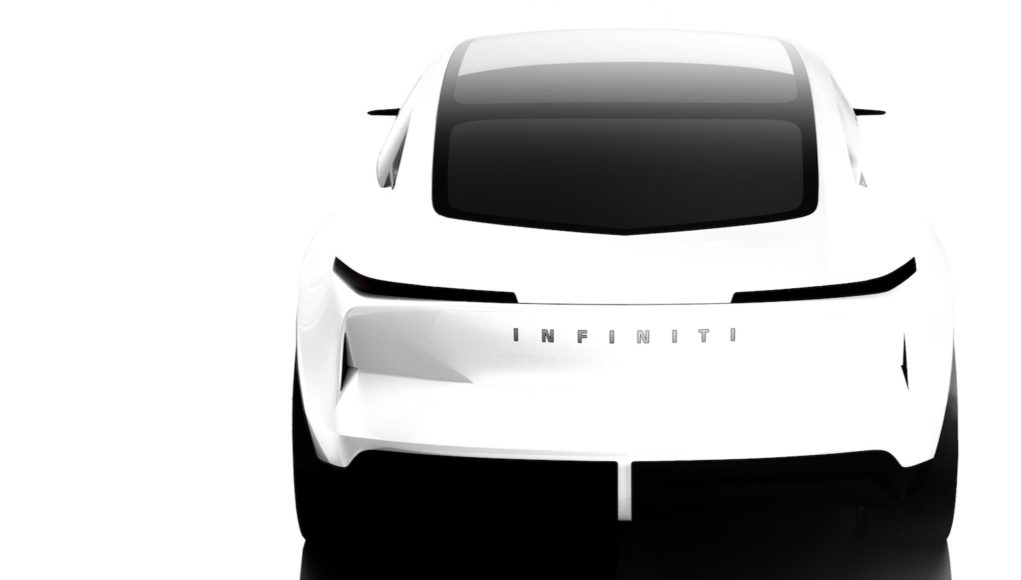 Infiniti has been getting us ready for its electrified future with the debut of several electric concepts. Now it’s getting ready to unveil another one at the Shanghai Motor Show this month, the Qs Inspiration concept.

We’ll have to wait until later this month to see it, but Infiniti has released the first teaser of the Qs Inspiration electric sedan concept. According to Infiniti, the Qs Inspiration concept “offers a new perspective on the sports sedan format for the coming era of electrification.” It also previews a future electric Infiniti sedan.

On the outside, the Qs Inspiration concept is inspired by the art and modern architecture of Japan, while the minimalist interior features two distinct zones – a clutter-free cockpit designed to engage the driver, and a relaxed passenger zone that make the most of the generous interior space.

“Electrification creates a range of new possibilities for sedans, with new powertrains and vehicle architectures letting us imagine how this type of car could be reinvigorated and adapted to fit the changing needs and tastes of drivers,” stated Christian Meunier, Chairman of Infiniti.