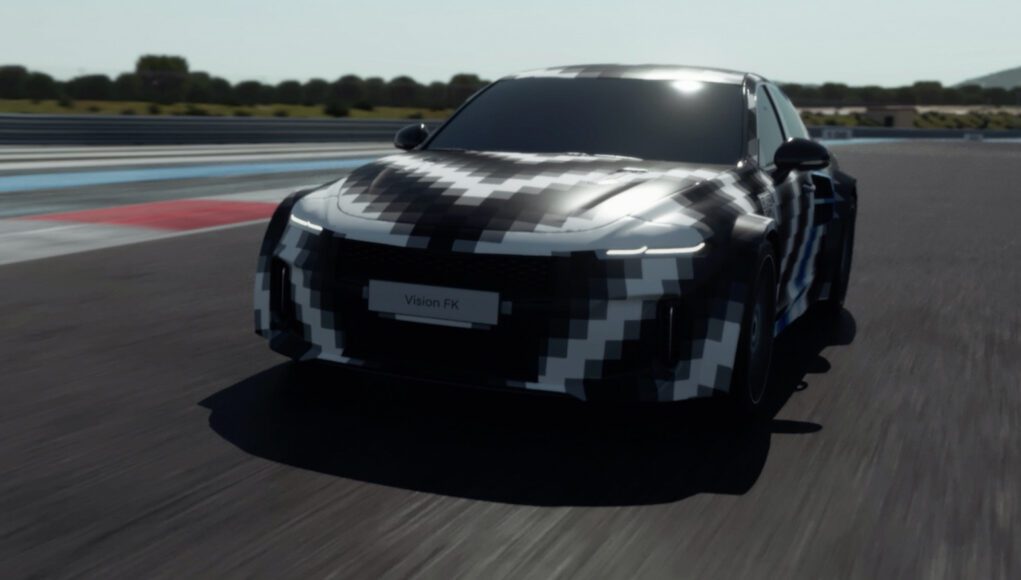 Hyundai has released the details for its new Hydrogen Vision 2040 plan, which will see it commercial fleet convert to fuel cell technology. But what we’re more intrigued by is the new Vision FK concept, which is a fuel cell plug-in hybrid sports car with 670 horsepower.

The Hyundai Vision FK concept combines a fuel cell energy converter with a rear-wheel drive plug-in hybrid powertrain. The 500-kilowatt powertrain generates approximately 670 hp and was developed with Rimac Automobili. Each rear wheel gets a motor, which provides torque vectoring. Hyundai says that the concept can accelerate from 0-62 mph in under 4 seconds.

Hyundai hasn’t announced how much pure electric range the plug-in hybrid can travel after it’s plugged in, but the fuel cell stack acts like a generator to maintain the battery’s charge. With a full charge the Vision FK concept can travel up to 372 miles (600 km). Hyundai has not announced when a production version will hit the road.