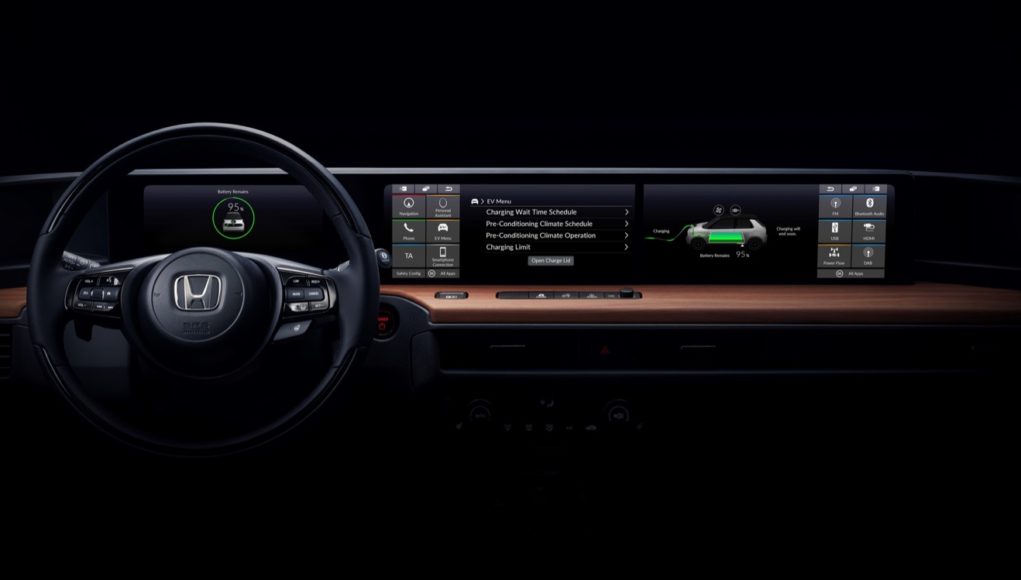 Honda says that the new electric vehicle’s interior has been designed to create a “warm and engaging atmosphere.” The full width dashboard is simple with large screens almost spread across the entire width of the dashboard. The driver will be able to access many of the vehicle’s functions via the screens, since there are only a few physical buttons on the dashboard.