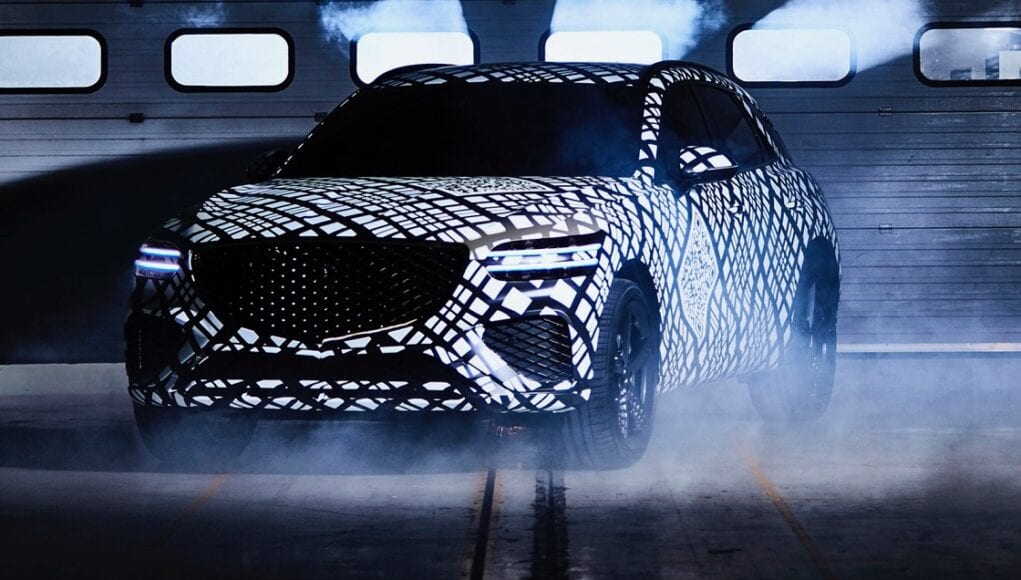 Genesis just released its first SUV, the GV80 and now it’s ready to follow it up with its second SUV, the smaller GV70. On Tuesday, Genesis released the first teaser photos of the GV70, which it calls a “dynamic midsize SUV”.

The teasers show a camouflaged GV70, which is being tested on public roads over the next month in Korea. If you happen to see it, there’s a QR code on the GV70’s wrap that will let you learn more about it.

“We are thrilled to share this early sneak preview of our second SUV, the Genesis GV70,” said Genesis official. “It telegraphs an exciting new design and reinforces the core brand values that run through our lineup. We look forward to sharing full details on GV70 with everyone in the near future.”

2022 Genesis G70 gets a Sports package and drift mode