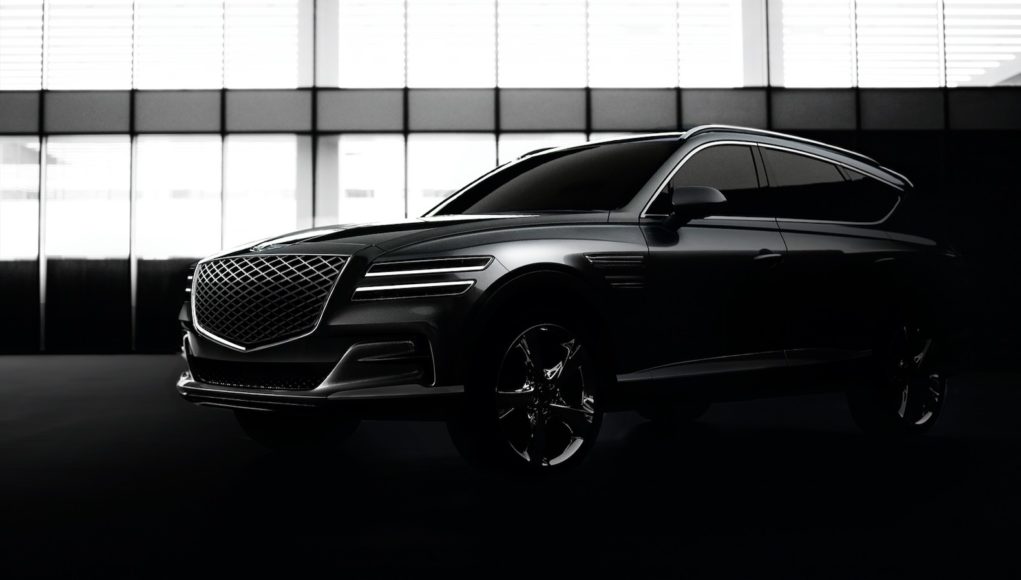 Genesis has just dropped the first official photos of the 2021 Genesis GV80, its first SUV. The GV80 was originally previewed as a concept and from what we can see here, the three-row SUV stays pretty close to the concept.

The GV80 is based on a new rear-wheel drive platform and is wrapped in the brand’s Signature Athletic Elegance design language. The GV80 is also expected to share its platform with the next-generation G80 sedan.

Inside the GV80 features a minimalistic interior with key features, like a jewel-like rotating gear selector and slim air vents that stretch across the front.

Genesis hasn’t announced any powertrain details, but all-wheel drive will be optional. It’s a pretty safe bet that the GV80 will be offered with the brand’s 3.3-liter turbocharged V6, but we’ll have to wait and see if a turbocharged four-cylinder or maybe even the 5.0-liter V8 finds its way under the GV80’s hood. A plug-in hybrid is also expected at some point.

Sales of the Genesis GV80 kick off in South Korea in January and it’s expected that it will have its US debut at the 2020 New York Auto Show. Genesis is also working on another smaller SUV, which will likely be called the GV70 and will be based on the same platform as the G70 sedan.

Genesis G70 Shooting Brake is a wagon we’re not getting