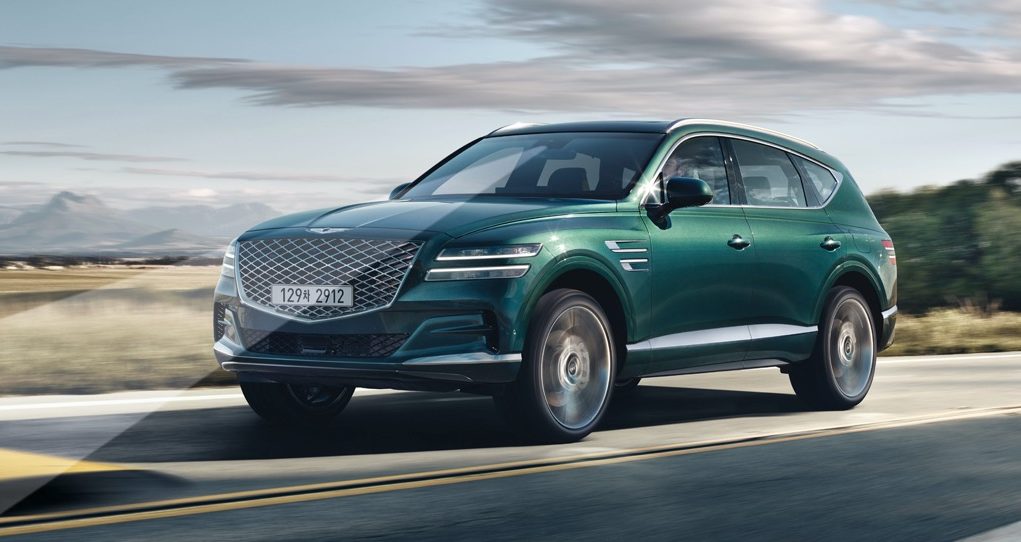 Yesterday Genesis unveiled the 2021 GV80 at a special event in Miami, where it revealed that its first SUV will be offered with a choice of two turbocharged engines when it arrives at US dealers this summer.

When Genesis unveiled the GV80 earlier this month we didn’t expect the US-spec version to be offered with a diesel engine like it does in South Korea. Instead buyers in the US will have a choice between either a 2.5-liter four-cylinder or a 3.5-liter V6. Both engines are turbocharged, but Genesis hasn’t announced the horsepower specs. It’s rumored that the four-cylinder will have around 304 horsepower, while the V6 should have more than the 365-hp that the brand’s 3.3-liter V6 currently generates.

The 2.5-liter engine will send its power to the rear wheels, while the 3.5-liter V6 can be equipped with either rear- or all-wheel drive.

Genesis has not announced the pricing for the 2021 GV80. If you’re wondering what’s next for the Genesis brand, it’s also going to reveal a smaller SUV soon called the GV70. Genesis has also confirmed that it’s third SUV will be fully electric and slot in between the GV70 and GV80 in the lineup.

2022 Genesis G70 gets a Sports package and drift mode