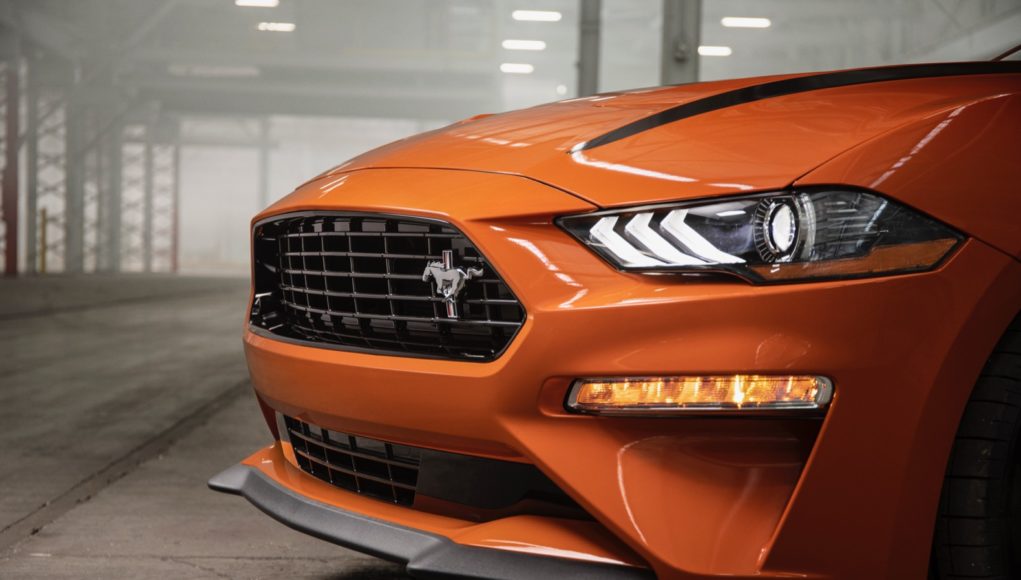 The last Ford sedan is about to disappear, since production of the Ford Fusion is scheduled to end next month. But does that mean that Ford is officially done with sedans in the US? A new report claims that a Ford Mustang sedan is “on the table.”

Autoweek has received a tip from a source that Ford is mulling the idea of a Mustang sedan. This isn’t the first time that we’ve heard about a Mustang sedan, since in the fall of 2018 there were reports that Ford was thinking about introducing a four-door Mustang sedan. Ford also reportedly even showed the concept to dealers.

Since then we haven’t heard any updates about a Mustang sedan, but now they’re starting again. A source recently stated talked to Autoweek about the Ford Mustang and Ford Bronco eventually becoming their own sub-brands. In the comment, it looks like the source is hinting at a Mustang sedan.

“Who knows what the timeframe is in this COVID atmosphere we’re in but yeah, we’re looking at more EVs, hybrids, sedans, crossovers, coupe EVs, convertible EVs, rear-drive, all-wheel drive, you name it. There’s probably going to be a fistfight over a pickup called Mustang, though. The aim is for the Mustang-badged vehicles to be the more performance-oriented of the two sub-brands.”

Ford has already started expanding the Mustang sub-brand with the introduction of the electric Mustang Mach-E, but we’ll have to wait and see if a Mustang sedan is also in the works.