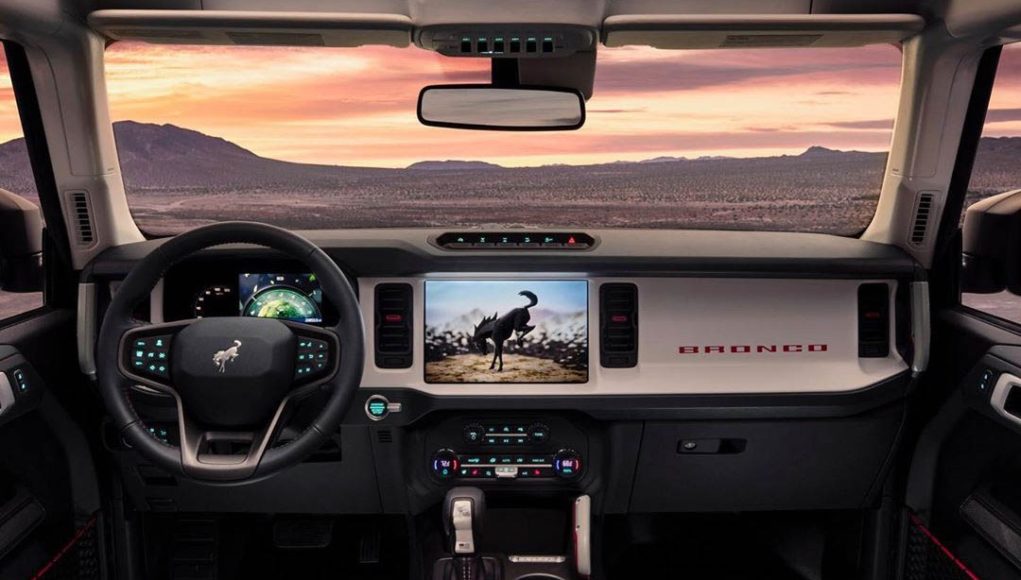 We’re now just a few hours away from the debut of the 2021 Ford Bronco, but that hasn’t stopped leaked photos from appearing online. A few days ago we got our first clear look at the two-door Bronco and now we have another photo that not only shows off the two-door at a different angle, but another photo is now giving us a look at the Bronco’s interior.

A forum member on the Bronco6G forums has posted these two photos, which show off the a yellow two-door Bronco a cutout in its doors. We’ll have to see if there’s a removable panel for the doors. If there is, that’s pretty cool.

Stay tuned for the full debut at 5pm PST (8pm EST). Ford is revealing the two-door and four-door Bronco alongside the Bronco Sport across Disney network channels National Geographic, ESPN and ABC. You’ll also be able to reserve it tonight as well with a $100 refundable deposit.