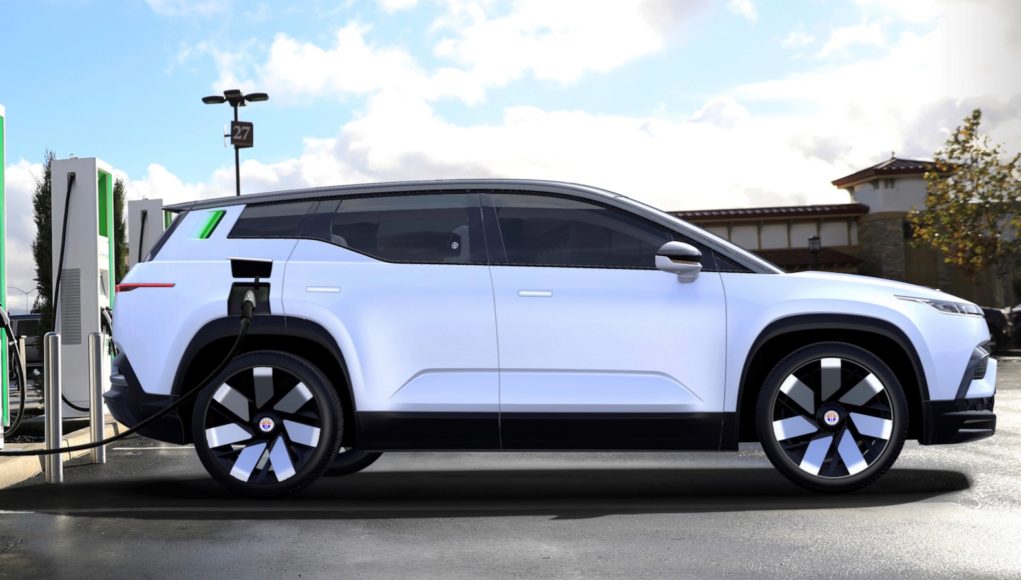 Fisker has been teasing us with little tidbits of info about its new Ocean electric SUV, but now we know when we’ll finally get to see it. Fisker has announced that the Fisker Ocean will debut next month at the 2020 Consumer Electronics Show in Las Vegas.

Fisker has also announced that it is partnering with Electrify America, which is the largest, open DC Fast charging network for EVs in the United States. Fisker Ocean drivers will have an easier time charging their vehicles, since Fisker Ocean vehicles will be automatically recognized by Electrify America’s charging stations – allowing for simple charging, automatic release and automatic payments. Fisker says that it also will offer a free miles package with each vehicle, allowing for a certain amount of complimentary charging.

The Ocean is powered by a 80 kWh battery pack that gives it driving range of up to 300 miles. More than 200 miles of range can be added in only 30 minutes using Electrify America’s 350 kW chargers, which can charge vehicles up to 20 miles per minute.

Fisker is already taking reservations for the Ocean and production is slated to begin by the end of 2021, with the first high-volume deliveries expected to start by 2022. Fisker has also announced that you can lease the Ocean for $379 a month.