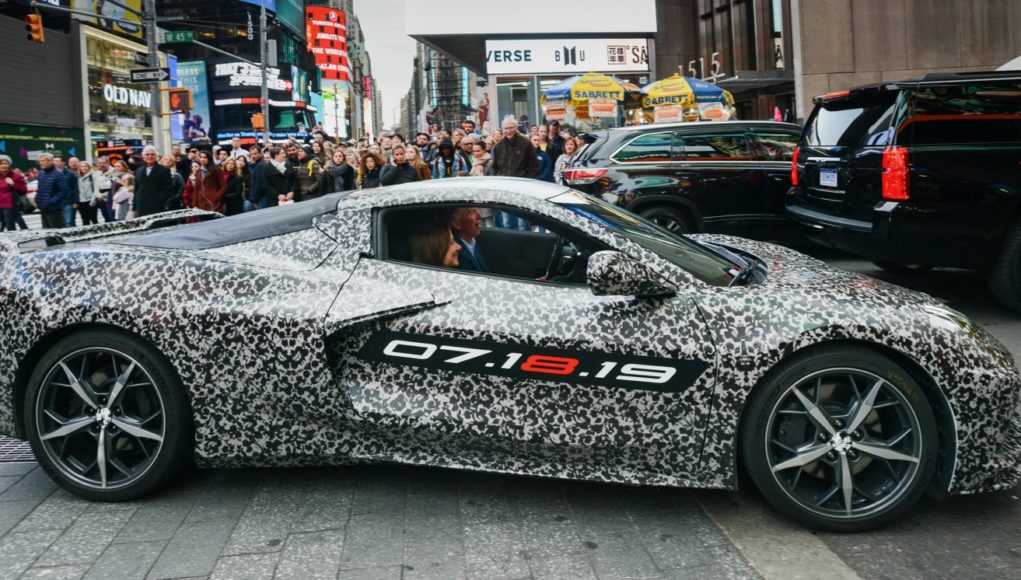 It’s officially almost here! GM has announced that it will reveal the mid-engine Chevy Corvette C8 on July 18.

GM released a few teasers of the next-generation C8 Corvette, which previews what we’ll get to see in July. Chevy hasn’t announced any other details about the new Corvette, but according to Car and Driver, the Corvette C8 will be powered by the current Corvette’s 6.2L V8, which will generate around 500 horsepower in the base Stingray trim level.

The V8 will reportedly be renamed LT2 and it will only be mated to a seven-speed dual-clutch transmission, which will disappoint some fans. If you want more power, the hotter Z06 and ZR1 models will eventually be offered as well as a new hybrid, which might get the Zora name. The Corvette hybrid could have close to 1,000 horsepower thanks to a twin-turbocharged V8 and an electric motor.

GM has also announced that the final seventh generation Corvette — a black 2019 Z06 model — will be auctioned at the Barrett-Jackson Northeast sale in Connecticut June 28.

2021 Chevy Corvette is getting new color and stripe options