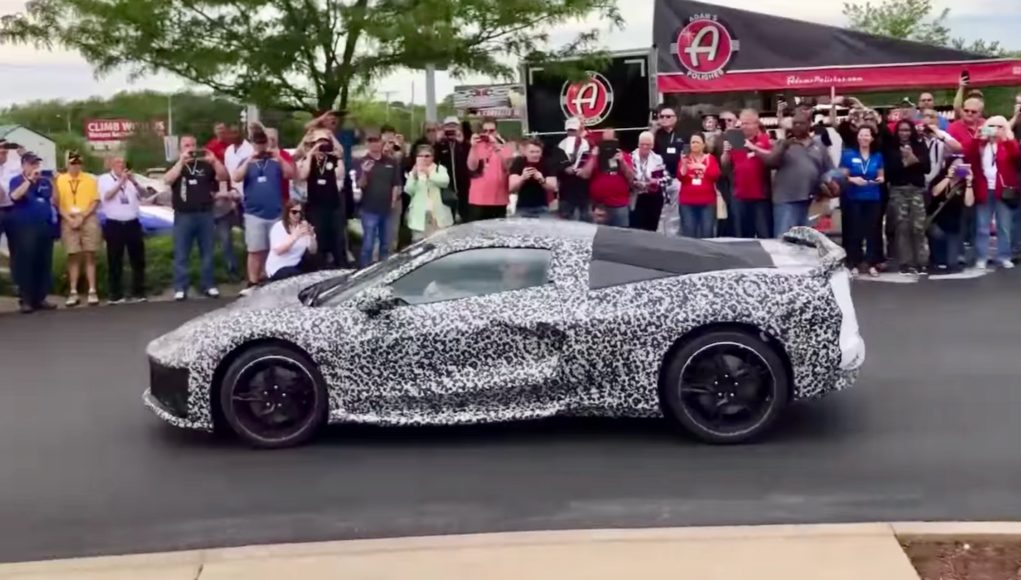 Chevy is continuing its teaser campaign for the 2020 Chevy Corvette C8, which is officially going to debut in July. We’ve already seen it on the streets of NYC and it even posed for a photo shoot in Bowling Green, Kentucky. Now Chevy decided to take the Corvette C8 to another iconic spot, the National Corvette Museum.

The V8 is also likely mated to a dual-clutch transmission, which is reported to a Tremec seven-speed transmission. The bad news is that the Corvette C8 will not be available with a manual transmission.