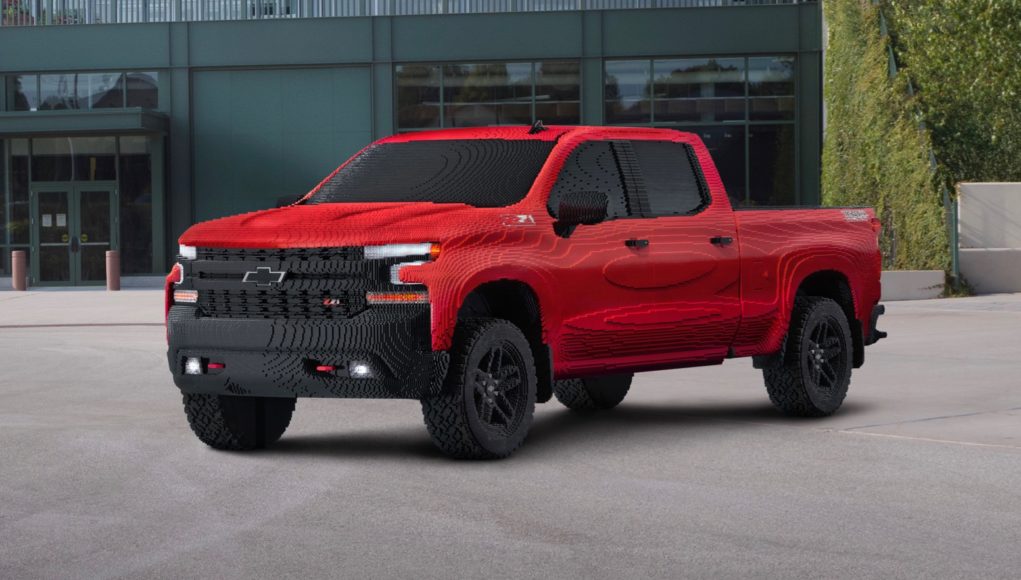 Chevy has unveiled a unique 2019 Silverado pickup that’s made entirely out of Legos at the Detroit Auto Show. The Lego Silverado is an exact replica of the 2019 Silverado 1500 LT Trail Boss and it’s made out of 334,544 Lego bricks.