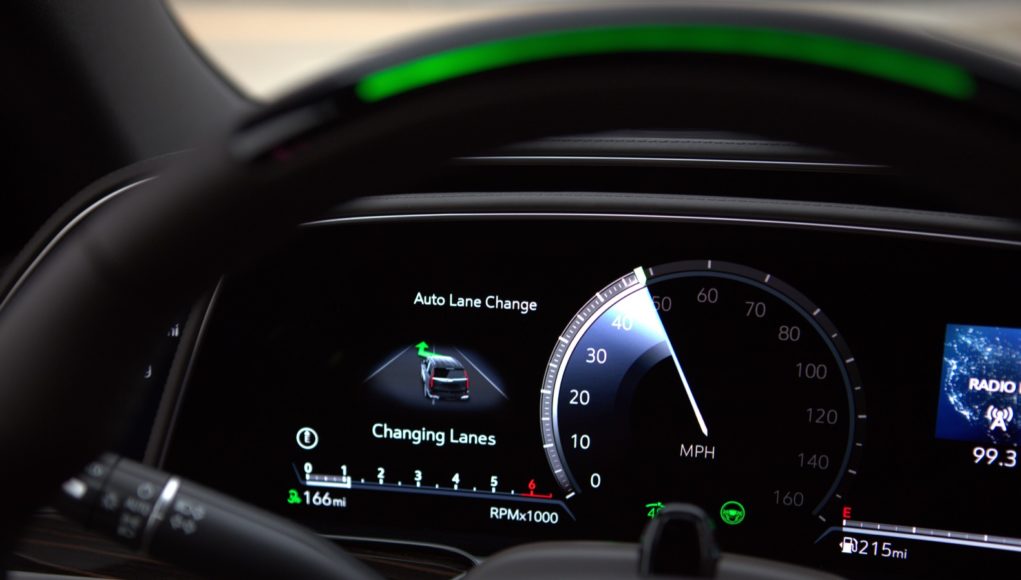 Cadillac is giving its Super Cruise driver assistance tech a major upgrade, since now the system can automatically change lanes for you.

How does it work? When the Super Cruise is engaged, the driver simply just has to either tap or fully latch the turn signal to indicate that they would like to change lanes. The system will then look for an opening in the indicated lane and it the system determines that the indicated lane is open, the vehicle will merge into said lane, automatically.

“This is our most extensive update we’ve made to Super Cruise since its debut,” said Mario Maiorana, Super Cruise chief engineer. “We have made a number of improvements to make Super Cruise more intuitive, better performing and more accessible for our customers. In addition to the automated lane change functionality, we’ve made improvements to the user interface and hands-free driving dynamics.”

Some of the other upgrades include richer map information, improved software for better steering and speed control, and some enhancements to make it easier and more intuitive to use.

2024 Chevy Trailblazer gets a facelift