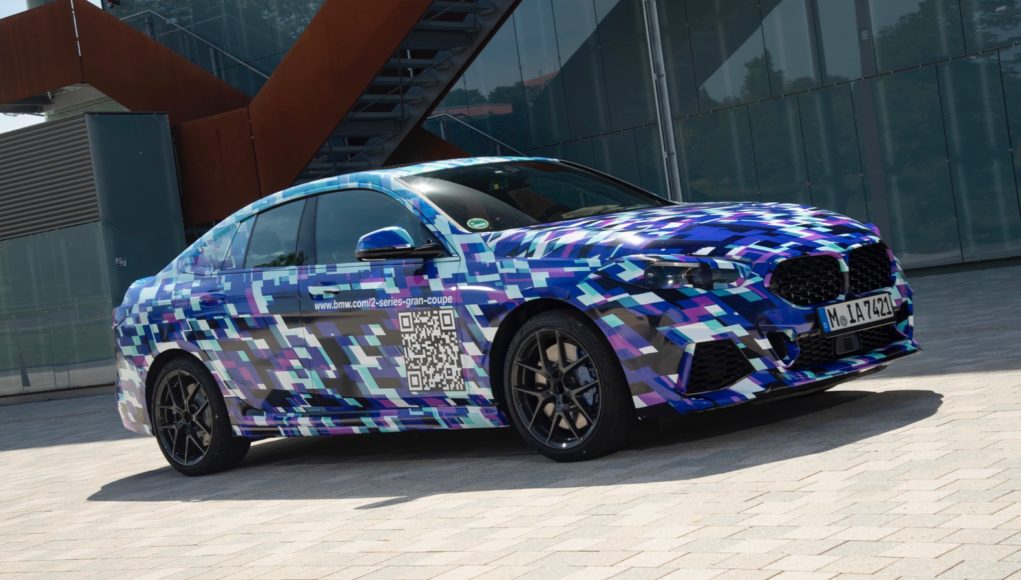 BMW is about to add another four door coupe to its lineup with the debut of the 2020 2 Series Gran Coupe, which is scheduled to arrive next spring. Although BMW isn’t quite ready to officially unveil the first ever 2 Series Gran Coupe, it has released a bunch of photos of it covered in camouflage.

The 2 Series Gran Coupe shares its DNA with the new 1 Series, which means that it’s based on a front-wheel drive platform, not like the current 2 Series Coupe. BMW hasn’t released all the specs yet, but it has confirmed that the range-topping M235i xDrive, will be powered by a turbocharged four-cylinder engine with 306 horsepower. That means that the 2 Series Gran Coupe will be offered with the most powerful four-cylinder in the BMW lineup.

The 2 Series Gran Coupe will also be offered with the same ARB (near-actuator wheel slip limitation) technology as the BMW i3s, in addition to a mechanical Torsen limited-slip differential.

The 2020 BMW 2 Series Gran Coupe will officially debut in November at the LA Auto Show.