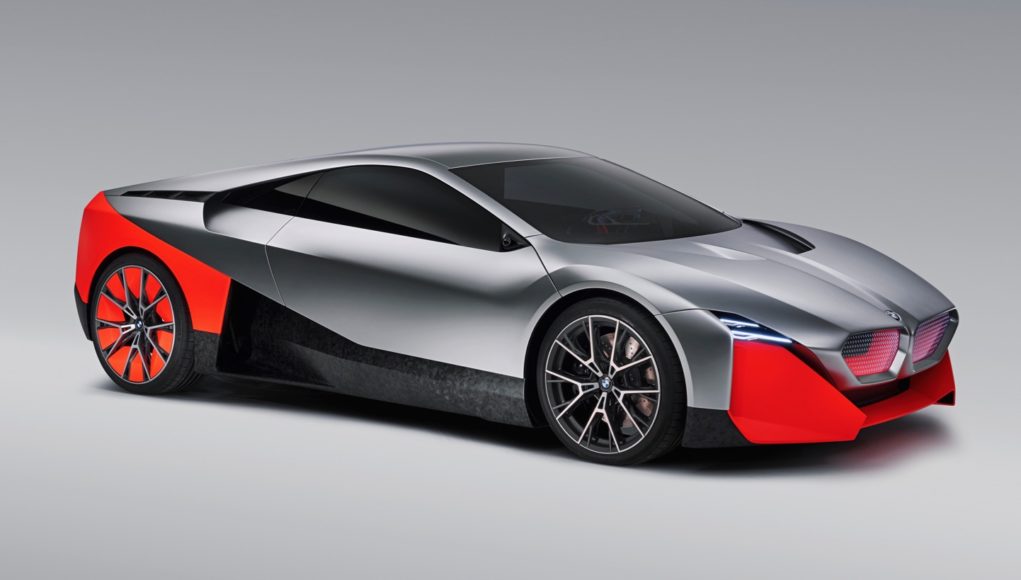 BMW has unveiled its newest concept, the BMW Vision M Next concept, which is clearly inspired by the iconic M1.

The Vision M Next concept is powered by a turbocharged four-cylinder engine that’s mounted at the rear and two electric motors, one on each axle that give it a combined output of 600 horsepower. That’s good enough for a 0-62 mph time of 3.0 seconds and a top speed of 186 mph. The two electric motors are also powerful enough to move the Vision M Next concept down the road without the gas engine, for up to 62 miles.

Since it is a futuristic concept, it’s no surprise that the BMW Vision M Next concept also features autonomous driving capability, which activates once the driver selects the Ease mode. Once the destination is reached, the concept can also park itself.