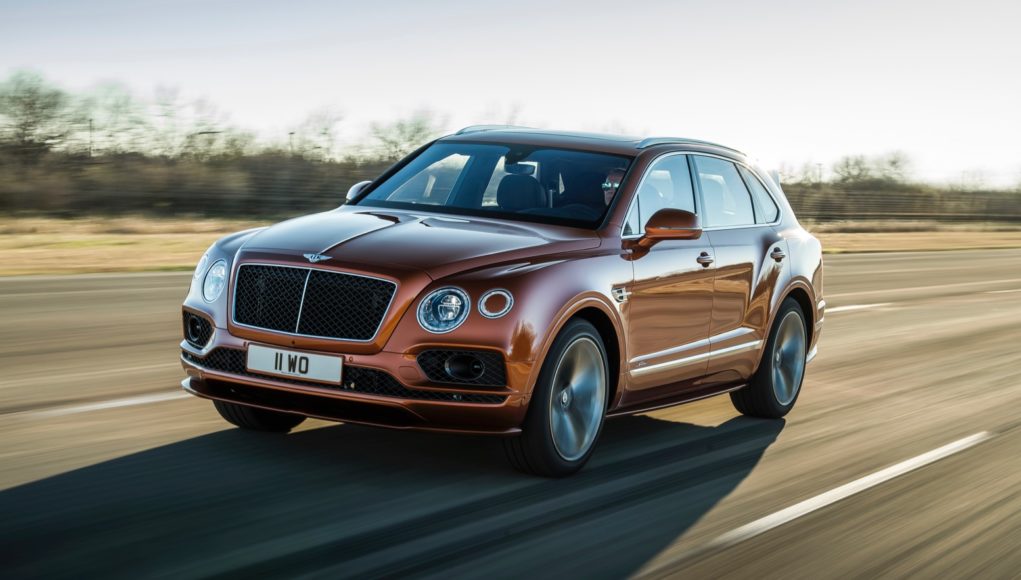 Bentley has unveiled the Bentayga Speed, which it says now holds the title as the world’s fastest production SUV. With 626 horsepower on tap and a 0-62 mph time of only 3.9 seconds.

The Bentley Bentayga Speed is powered by a 6.0L W12 twin-turbocharged model engine with 626 horsepower and 664 lb-ft. of torque. In addition to reaching 62 mph in under four seconds, it also has a top speed of 190 mph. The Bentayga Speed also has four driving modes: Comfort, Bentley, Sport and Custom.

The unique Sport mode has been tweaked to enhance response from the W12 engine, eight-speed automatic transmission, suspension and Bentley Dynamic Ride system.

Top help differentiate it from the rest of the Bentayga lineup, the Bentayga Speed gets dark-tint headlights, body-colored side skirts and a new tailgate spoiler. The air intakes also have a dark-tint and it rides on unique 22-inch wheels.

Inside there are “Speed” badges and  ‘swooshes’ have been added to the doors, on the edge of the seat cushions and backrest bolsters, and on the lower console. Lastly Alcantara has also been added, which marks the first time that a Bentley model will be available with it.