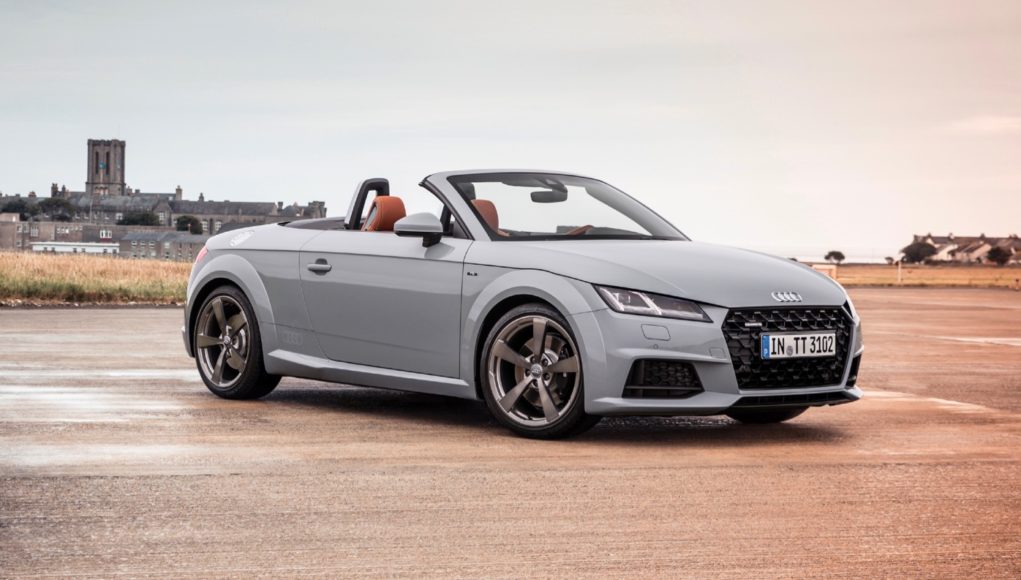 Audi is celebrating 20 years of the TT with the release of the TT 20th Anniversary Edition, which is on sale now in the US.

The limited TT 20th Anniversary Edition is available in both the coupe and roadster body styles in either Aviator Gray pearl metallic or Nimbus Gray metallic. Inside the seats are covered in Moccasin Brown Fine Nappa leather with yellow contrast stitching.