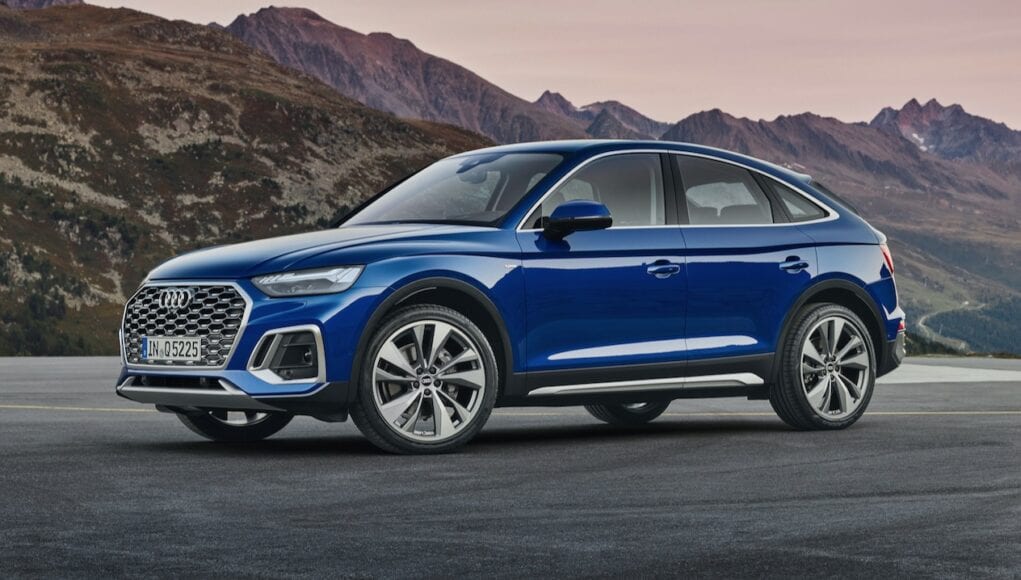 Audi just made the Q5 a little sportier with the debut of the coupe-like 2021 Q5 Sportback. Just like the BMW X4, the Q5 Sportback features a coupe-like roofline.

Under the hood the powertrains are also shared with the standard Q5. The base Q5 is powered by a turbocharged 2.0-liter four-cylinder with a mild-hybrid assist system that generates 261 horsepower and 273 pound-feet of torque. The four-cylinder is mated to a seven-speed dual-clutch transmission and all-wheel drive.

The SQ5 is powered by a turbocharged 3.0-liter V6 with 349 horsepower and 369 pound-feet of torque, that’s mated to an eight-speed automatic and all-wheel drive. Audi says that there are no plans to offer a plug-in hybrid version, although there is a standard Q5 PHEV.