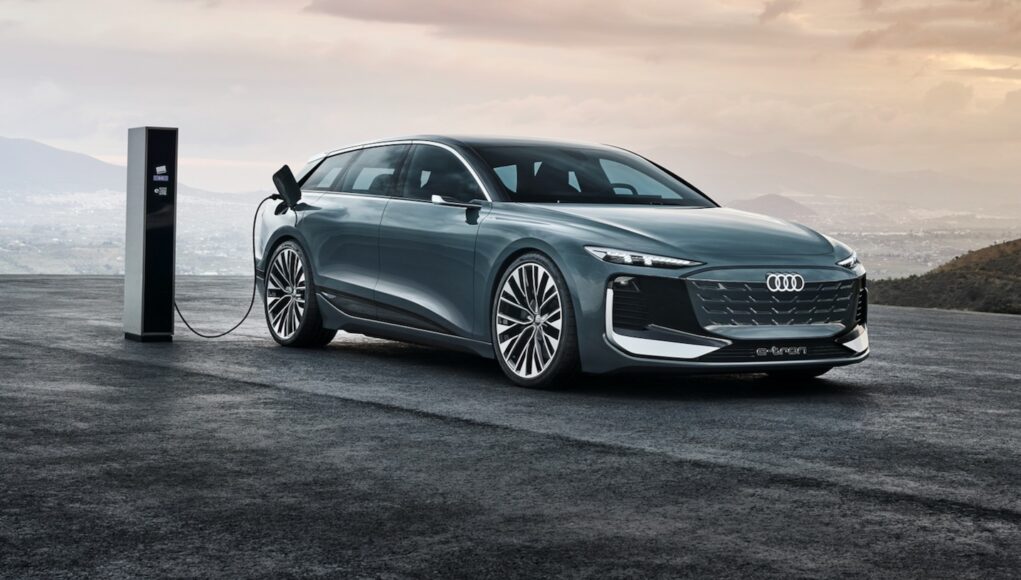 Last April, Audi took the covers off the electric A6 E-Tron concept at the 2021 Shanghai Auto Show, which is expected to debut as a production model later this year. Now Audi is expanding on that A6 concept with the debut of the A6 Avant E-Tron – a sweet looking electric wagon.

Both the A6 E-tron and A6 Avant E-Tron are based on Audi’s PPE electric platform, which can be used for vehicles around the A4’s size and up. The platform features 800-volt electrical architecture, which allows for charging speeds up to 270 kilowatts. Audi says that it has a driving range around 435 miles and can be fully recharged in about an hour.

The concept is powered by two electric motors, one on each axle. The electric powertrain generates a combined 469 horsepower and 590 pound-feet of torque, which accelerates the concept from 0-62 mph in under seven seconds. That’s not too impressive, but performance versions should fix that acceleration time.

Audi hasn’t confirmed if the A6 Avant E-Tron will enter production, since it simply calls it “production oriented.” We do expect that a production version will eventually happen, we just don’t know if it will be offered in the U.S.