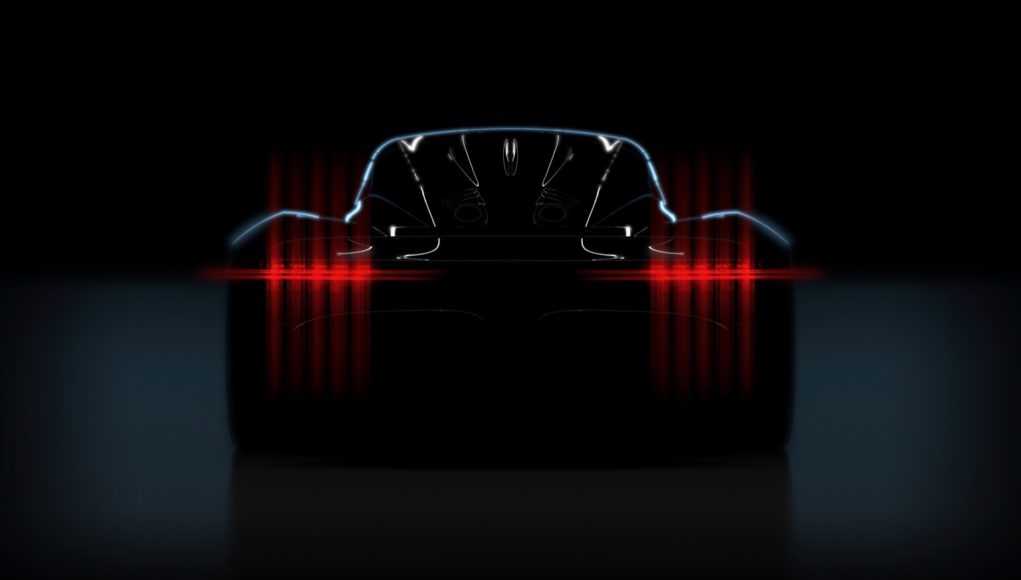 The first teaser of the Project 003 doesn’t reveal too much, but Aston Martin did reveal that the mid-engined hypercar will be powered by a turbocharged hybrid powertrain. It will also borrow some technology from the Valkyrie, like its active suspension and active aerodynamics.

While the Project 003 is billed as a hypercar, Aston Martin is also designing it to be a bit practical as well, since it has been engineered for road use. There’s even room for your luggage as well. Aston Martin only plans to build 500 versions of its new hypercar with the first deliveries starting in late 2021.

Aston Martin Lagonda President and Group Chief Executive, Andy Palmer stated, “It was always the intention for the Aston Martin Valkyrie to be a once-in-a lifetime project, however, it was also vital to us that Valkyrie would create a legacy: a direct descendent that would also set new standards within its own area of the hypercar market, creating a bloodline of highly specialized, limited production machines that can exist in parallel with Aston Martin’s series production models. I’m thrilled to announce that this car is the Project ‘003’, and our next step into a dynamic and exacting arena.”