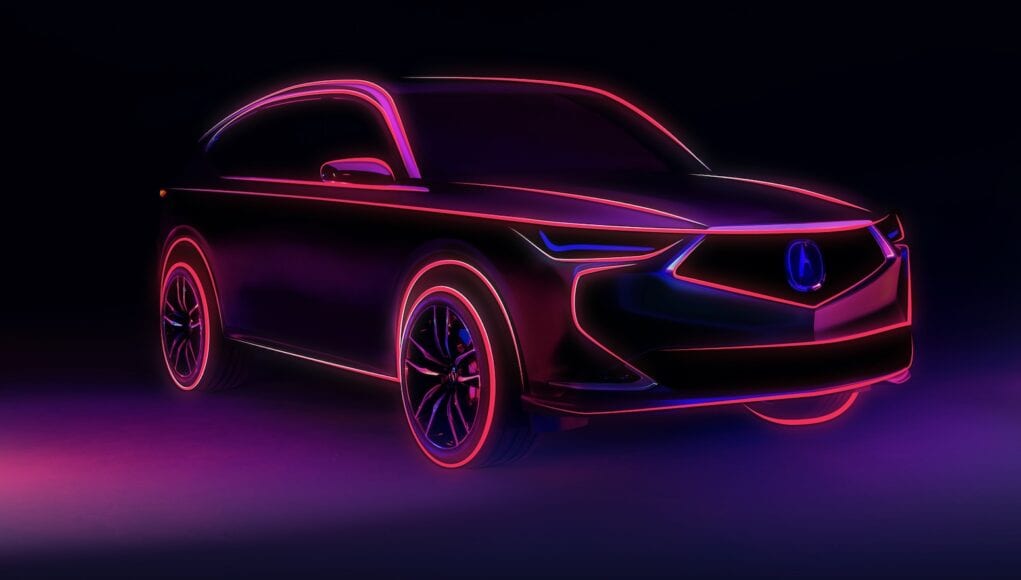 We recently got to spend some time with the new TLX and now Acura is getting ready for its next big introduction, the fourth-generation MDX. Acura has announced that the next-generation MDX Prototype will debut on October 14.

With the announcement, Acura has also released a teaser of the new MDX, which gives us a pretty good look at what it will look like. From the side we can see a more sculpted beltline and Acura says that the new MDX is wider, lower and longer. At the front there are the brand’s signature Jewel Eye LED headlights, while the rear looks sportier with its Chicane LED taillights.

“We’re accelerating Acura’s commitment to Precision Crafted Performance and this fourth-generation MDX is the most ambitious and consequential redesign of an Acura core model in our history,” said Jon Ikeda, vice president and Acura brand officer. “This all-new MDX will take us into new territory in terms of performance, prestige and emotional appeal.”