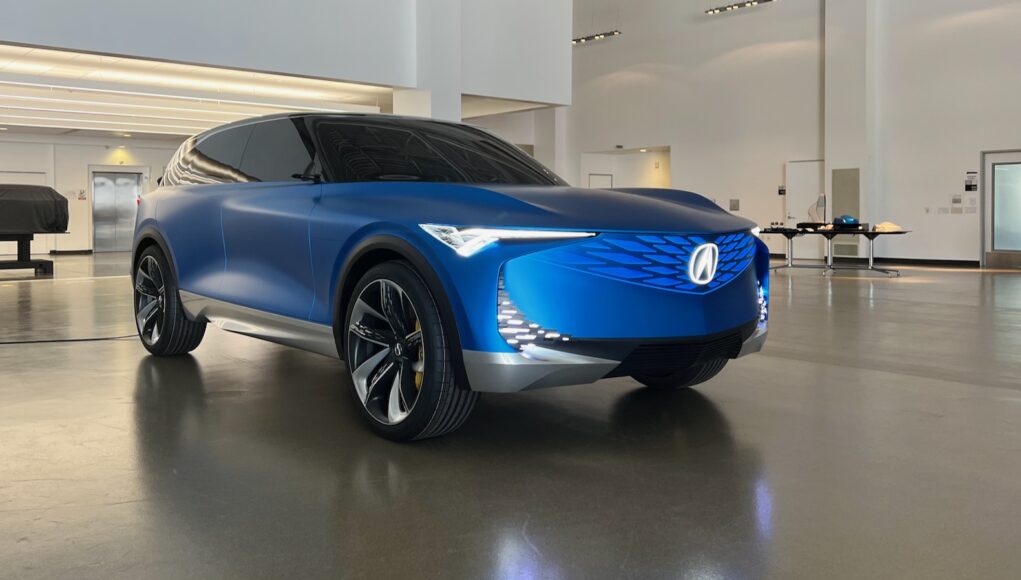 Acura is giving the world a first glimpse today at its future design language with the debut of the Precision EV concept. It’s an electric SUV concept that also previews the brand’s first electric SUV that will arrive in 2024.

Acura says that the design of the Precision EV concept is inspired “by the elegance, artistry and harmony of form and function unique to luxury Italian power boats.” It also retains Acura’s focus on performance with its wide stance and strong character lines. It also is painted in a new Double Apex Blue with a matte finish. It looks a lot sportier than the current RDX and MSX models.

At the front there’s an evolution of Acura’s Diamond Pentagon grille, a special daytime running light setup and new “Particle Glitch” lighting on the front and rear facias. The emotional “Particle Glitch” design theme is repeated on the spokes of the Concept’s 23-inch wheels.

“The Acura Precision EV Concept is a look into our future direction and continues Acura’s Precision Crafted Performance design language with a modern expression of performance” said Dave Marek, Acura executive creative director. “The Acura Precision EV Concept will be our North Star as we move into an exciting electrified future, and you will see these design cues translate over to future production models.”