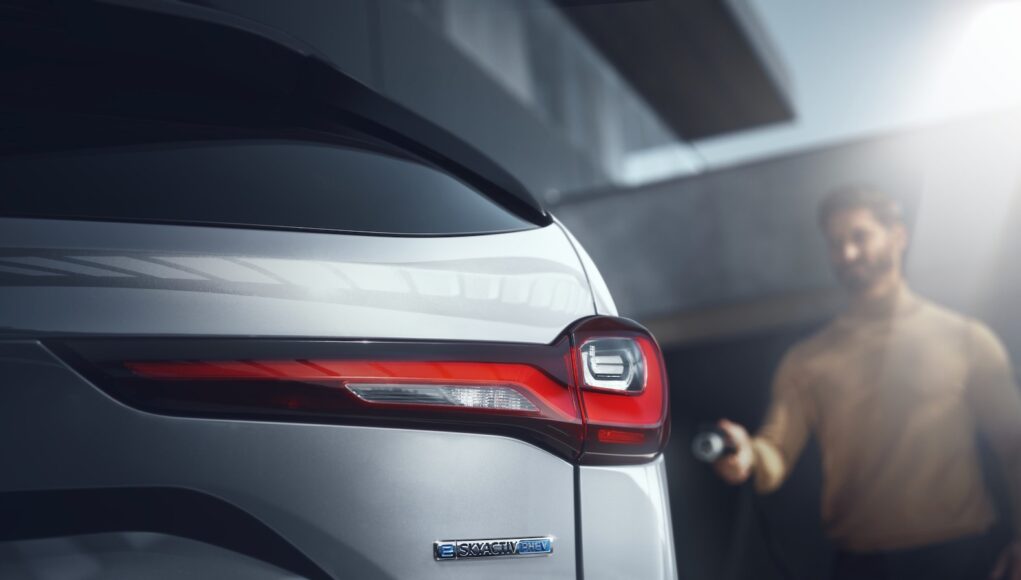 Mazda is getting ready introduce its new flagship SUV, the 2024 CX-90, which will replace the current CX-9. Mazda teased the CX-90 last month and confirmed that it will be powered by a new inline-six engine, but now Mazda has announced that it will also be available with a plug-in hybrid powertrain.

The CX-90 PHEV will be Mazda’s first plug-in hybrid in the U.S. Mazda says that the all-new e-Skyactiv powertrain, has been tuned specifically for the North American market, and that it “will provide customers with the best of both worlds in terms of performance and efficiency.” It will also be available nationwide.

Mazda hasn’t announced when the 2024 CX-90 will officially debut and instead has only said that it will happen at some point in January.

Mazda MX-5 Miata will “never die” even in EV era