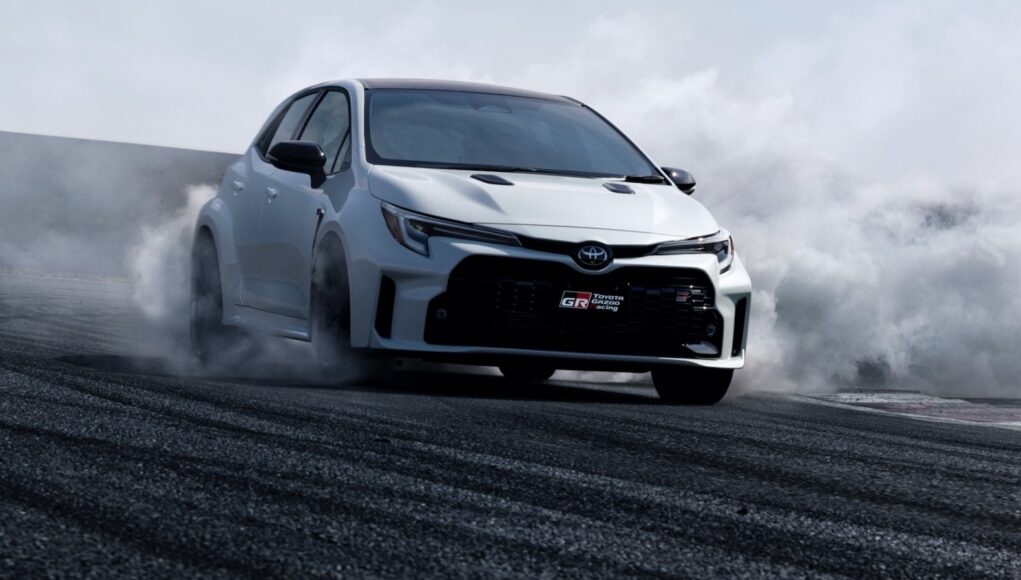 It’s finally here! Toyota has unveiled the 2023 GR Corolla hot hatch, which is now the third model from the Gazoo Racing lineup. The GR Corolla is set to be the most exciting Corolla that has been offered in decades, following the much loved AE86.

The 2023 Toyota GR Corolla is based on the Corolla hatchback, but it stands out with its aggressive widebody design, all-wheel drive and a 300 hp turbocharged three-cylinder. Under the hood the GR Corolla is powered by a turbocharged 1.6-liter three-cylinder engine, which generates 300 hp and 273 pound-feet of torque. The engine is mated to a six-speed manual transmission with rev matching and a unique all-wheel drive system that can split the power distribution between 60-40, 50-50 or 30-70 percent.

If you opt for the Performance package you get front and rear Torsen limited slip differentials, but they are standard on the Circuit Edition.

The GR Corolla looks the part with its wide body that features special wide front and rear fender-flares. There are also functional air ducts on both side and on the rear bumper. There’s also an available large matte-black rear spoiler and carbon fiber roof. The GR Corolla will be offered in two trim levels: Core and Circuit Edition.

The Circuit Edition features a bulge hood with functional gloss-black air ducts, a carbon fiber roof and a matte-black rear spoiler. The Core trim level features an aluminum hood with a color-keyed roof and a rear-lip spoiler.

The 2023 Toyota GR Corolla will go on sale later this year.