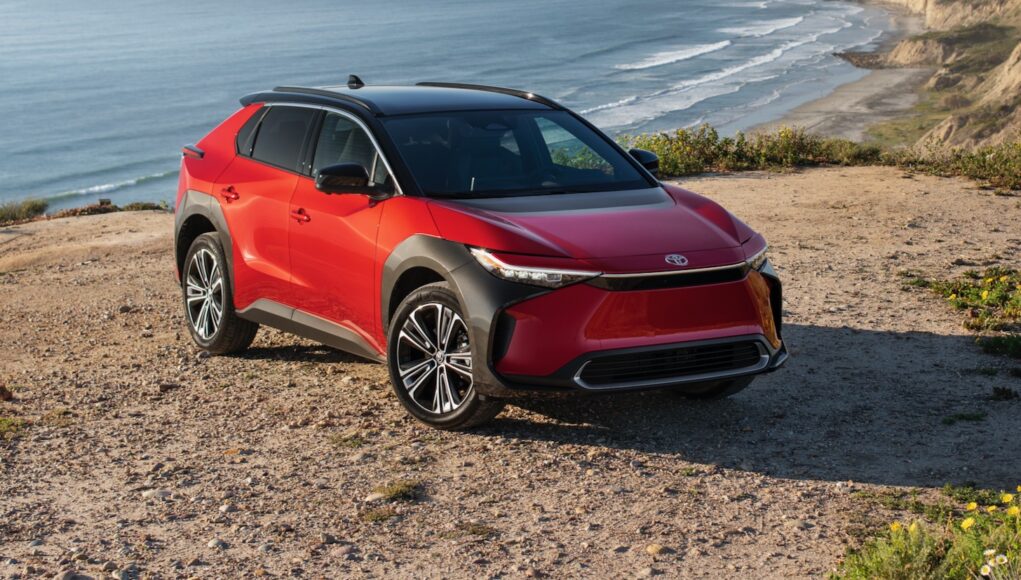 Toyota has announced the pricing for the 2023 Toyota bZ4X electric crossover, which starts at $43,215, including destination. The bZ4X also has an EPA-estimated range of up to 252 miles. That pricing is just about a $2k increase over the starting price for the RAV4 Prime plug-in hybrid.

The The XLE FWD bZ4X has an EPA-estimated range rating of up to 252 miles, while the XLE AWD version has a 228 mile range. Toyota hasn’t confirmed the range for the Limited trim level. Using a Level 2 charger, the bZ4X can be recharged in about 9 hours, but it can also be charged using a DC fast charger. The 2023 bZ4X also comes with one year of unlimited free charging at any EVgo stations.