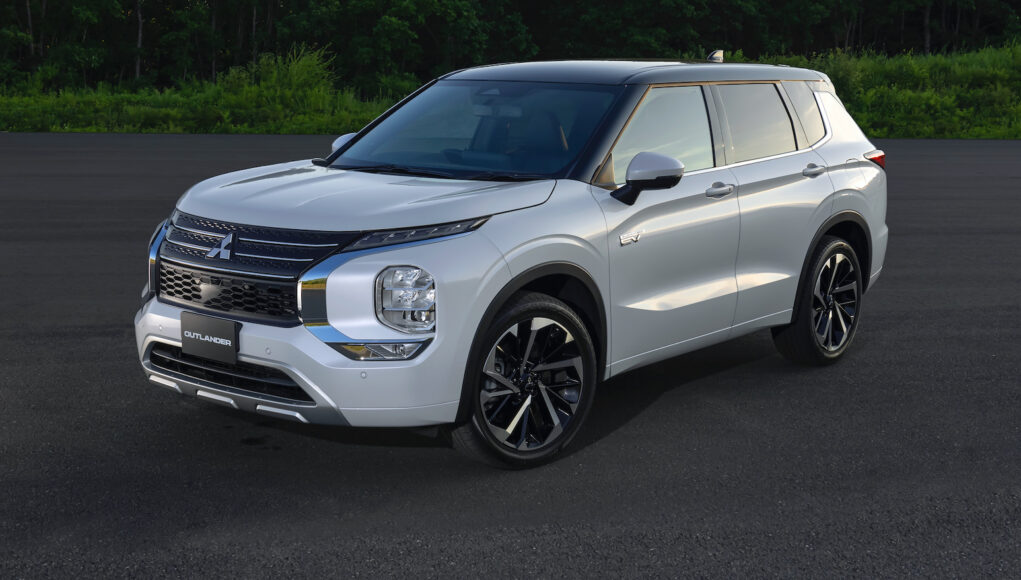 Mitsubishi has unveiled the 2023 Outlander PHEV, which is going to have its official debut on October 28. It’s slated to arrive in the US in the second half of 2022.

The 2023 Outlander plug-in hybrid looks nearly identical to the non-hybrid version, with the biggest difference being the hybrid badges. Inside the big news is that the Outlander PHEV will have three rows of seats, compared to the previous model that only had two rows.

Mitsubishi has not released any specs, but it has revealed that it will have more battery capacity, which will translate to a longer EV driving range. Mitsubishi has also confirmed that the new Outlander PHEV will get a new S-AWC system.