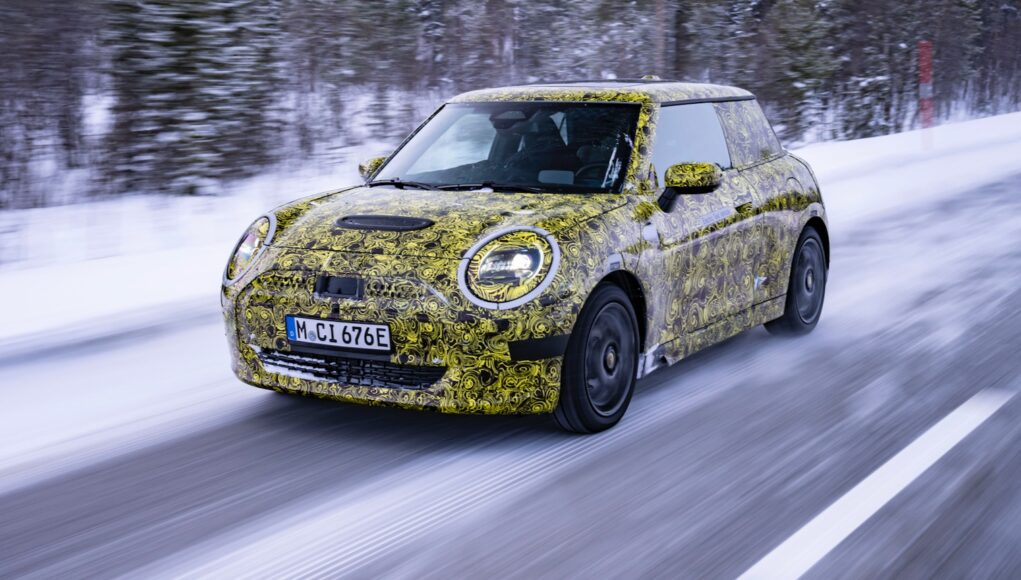 Mini is working on the fifth generation of its line and now it’s released new teasers of the fully electric 3-door version during its cold weather testing in Arjeplog, Sweden.

“Mini is on a path of growth and heading towards a fully electric future. Our iconic Mini 3-door, maximizes the experience for our customers through its electrified go-kart feeling combined with digitalized touchpoints – and a clear focus on sustainability with a minimal environmental footprint.” says Stefanie Wurst, Head of the Mini brand.

Mini hasn’t released any specs for the electric three-door, but it will hopefully have more power and range than the current Cooper SE. Mini has not confirmed if other versions with an internal-combustion engine will be offered. Mini has confirmed that the next-generation Countryman will be offered with both an internal combustion engine and a fully electric version.

We expect the 2023 Mini Hardtop to debut later this year, which will then be followed by the four-door and convertible versions.