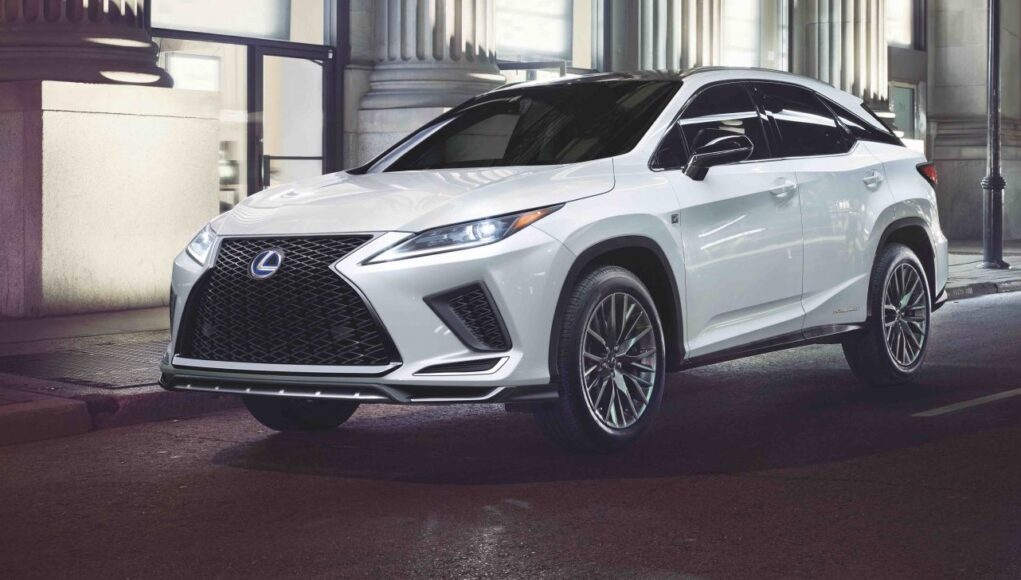 Lexus has some big changes for the RX crossover and according to two reports, the 2023 RX will be offered with three hybrid powertrains.

Japan’s Creative311 and Magazine X are reporting that the next-generation 2023 Lexus RX will offer several hybrid powertrains, including a plug-in hybrid. At the top of the lineup the report claims that there will be the RX 500h, which will be a plug-in hybrid that will mate a turbocharged 2.4-liter four-cylinder to an electric motor. In the middle of the lineup, there’s the RX 450h+ which will reportedly be powered by a 2.5-liter four-cylinder and an electric motor. The base hybrid will be the RX 350h, which is powered by the same hybrid powertrain as the new NX 350h.

The non-hybrid RX is also slated to get a big change, with the current 3.5-liter V6 being dropped and its replacement being a turbocharged a 2.4-liter four-cylinder.

Lexus has not made any announcements about the 2023 RX, so we’ll have to wait and see if this report is accurate. It’s expected that the next-generation RX will be revealed later this year.