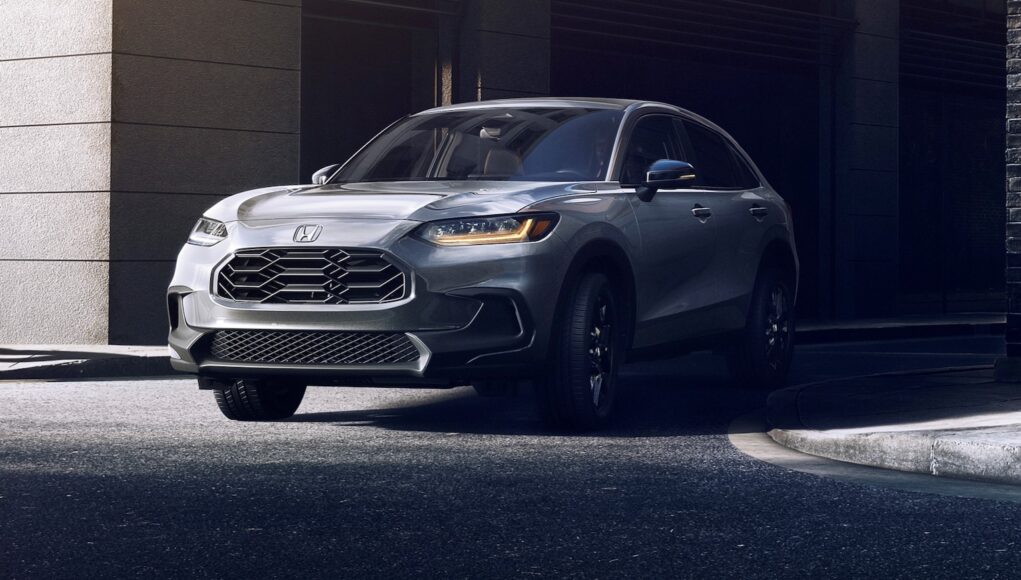 Honda has unveiled the 2023 HR-V, which is the second generation of the small crossover. The new HR-V grows up with sleeker styling and a larger footprint than its predecessor.

Honda has not released the specs, but it says that the 2023 HR-V has a longer wheelbase and wider stance. The big news is that it is now built on the same platform as the Civic. At the front the hood has been extended and there’s a new bolder grille. Honda has also not released any photos of the HR-V’s interior.

Under the hood the HR-V will be powered by a new “more responsive engine” and a new independent rear suspension will make it more fun to drive than its predecessor.

The 2023 Honda HR-V will arrive this summer.